- Not in the bit I watched. And neither, unless he whispered it, I didn't hear him talk about groundhoggery as well, which were the other phrases which were pre-briefed.

A satire on the earl of Bute, mid 18th century. A hieroglyphic letter, as the site of the British Museum calls it. It also deciphers the title: The [Boot i.e. Bute] interest in the [city] or the [bridge] in the [hole].

What I thought cute was the play on the pronunciation — the earl was Scottish; so it’s likely he pronounced Bute as Boot, like Dubya with Bush. The technique is also peculiar — sometimes images just stand for themselves — city, bridge, hole, quill (in the bottom of the page), heart (right column second line) (hello emojis!); sometimes it’s homonyms (well); sometimes it’s a part of a word (well for whell in dwell; when with a hen); sometimes just a shape resembling a letter (i?). It took me a long time to figure out that the frequently recurring shape that I took for a finger is actually a toe, standing for "to".

Still have no clue about many lines. 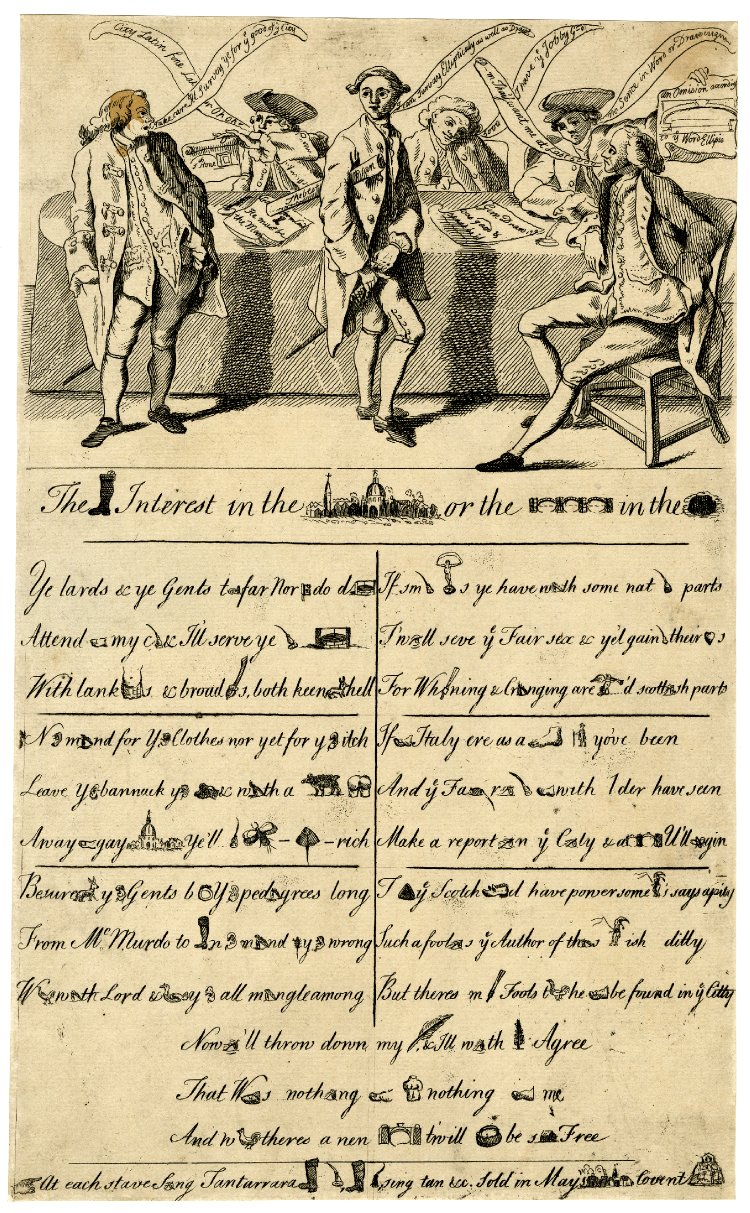