Went to TED site to check out what’s new; found the cartoon, Think like a coder, explaining basic programming concepts (loop, condition, etc.), which checks every box in the woke playbook. Female protagonist? Check. Who represents morality (named Ethic)? Check. Who looks for "resistance leader" who is turns out to be also female, plus non-white? Check. To fight the machines that feed by destroying works of art and literature? Check.

I can’t even imagine who the target audience for this is. Small kids? The explanation of the coding problems might be a bit too fast for them. Teenagers? Probably; but won’t they puke from the moral righteousness of the narrative?

What does the sentence "Authoritarian powers are on the rise — including Russia and Turkey on Europe’s borders" mean? Does it mean "more countries are becoming authoritarian" — or does it mean "authoritarian countries are becoming more powerful"? Because if it’s the latter, I really don’t understand the narrative here — didn’t it use to be that Russia is an insignificant regional power suffering from a post-imperial complex? 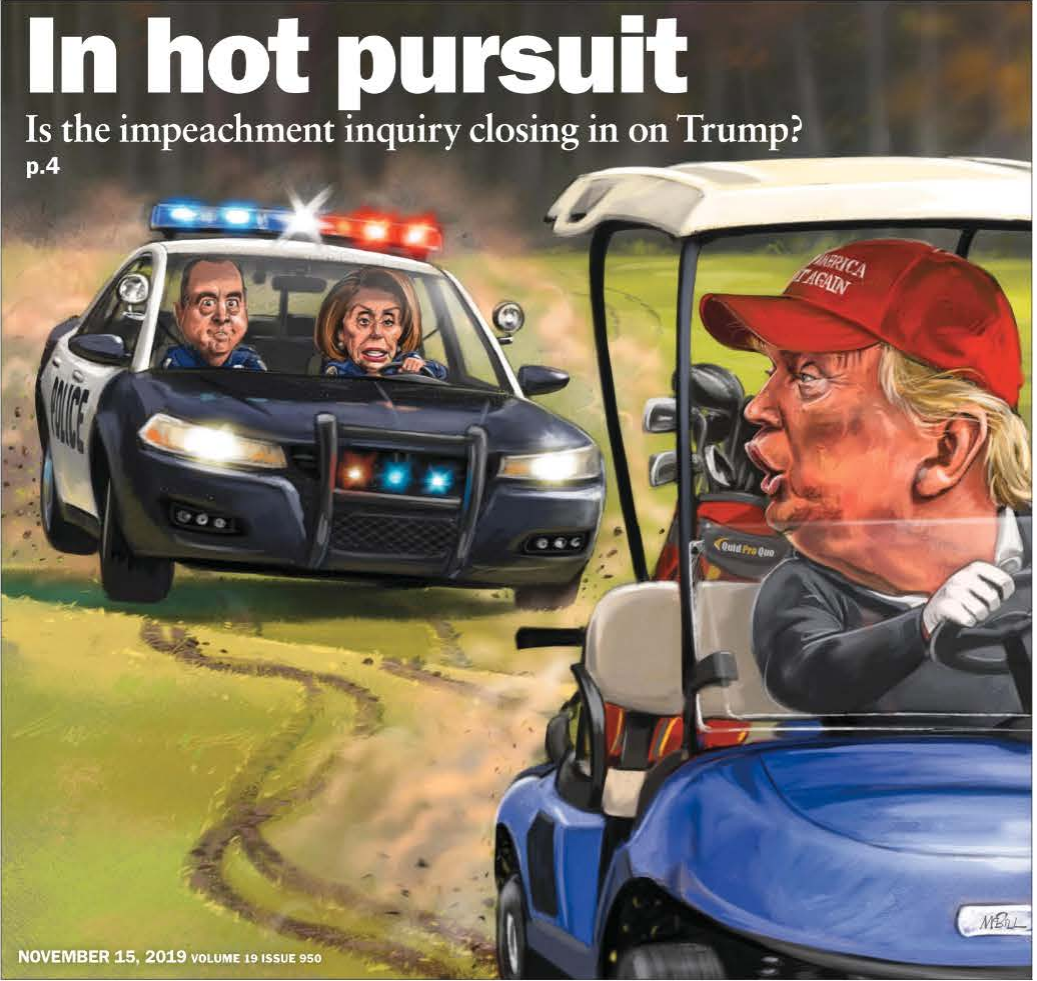 An article on workplace diversity in this week’s Economist. Plenty of mixed messaging here as regards to the why: on the one hand, it tries cynicism (realism) and honesty: an employer has to play this game because of the regulators and governments, and because of fear of social media and publicity; but there is no hard evidence that diversity increases the company’s profits; on the other hand, it employs the arguments as if diversity did increase company’s profits: "unless you do [things], your most valuable resource — workers — will not be as good as it could be". Truly stick and carrot. 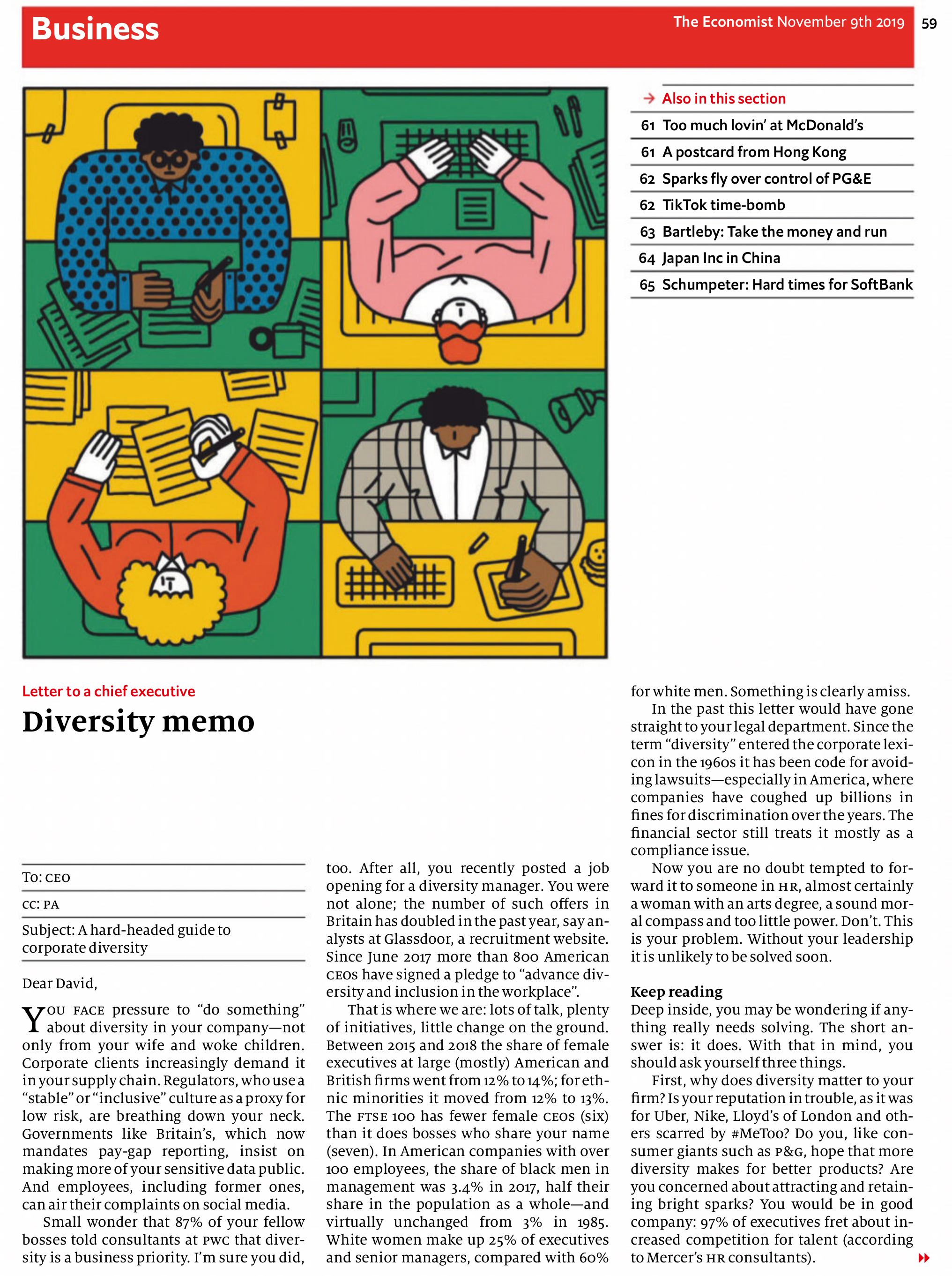 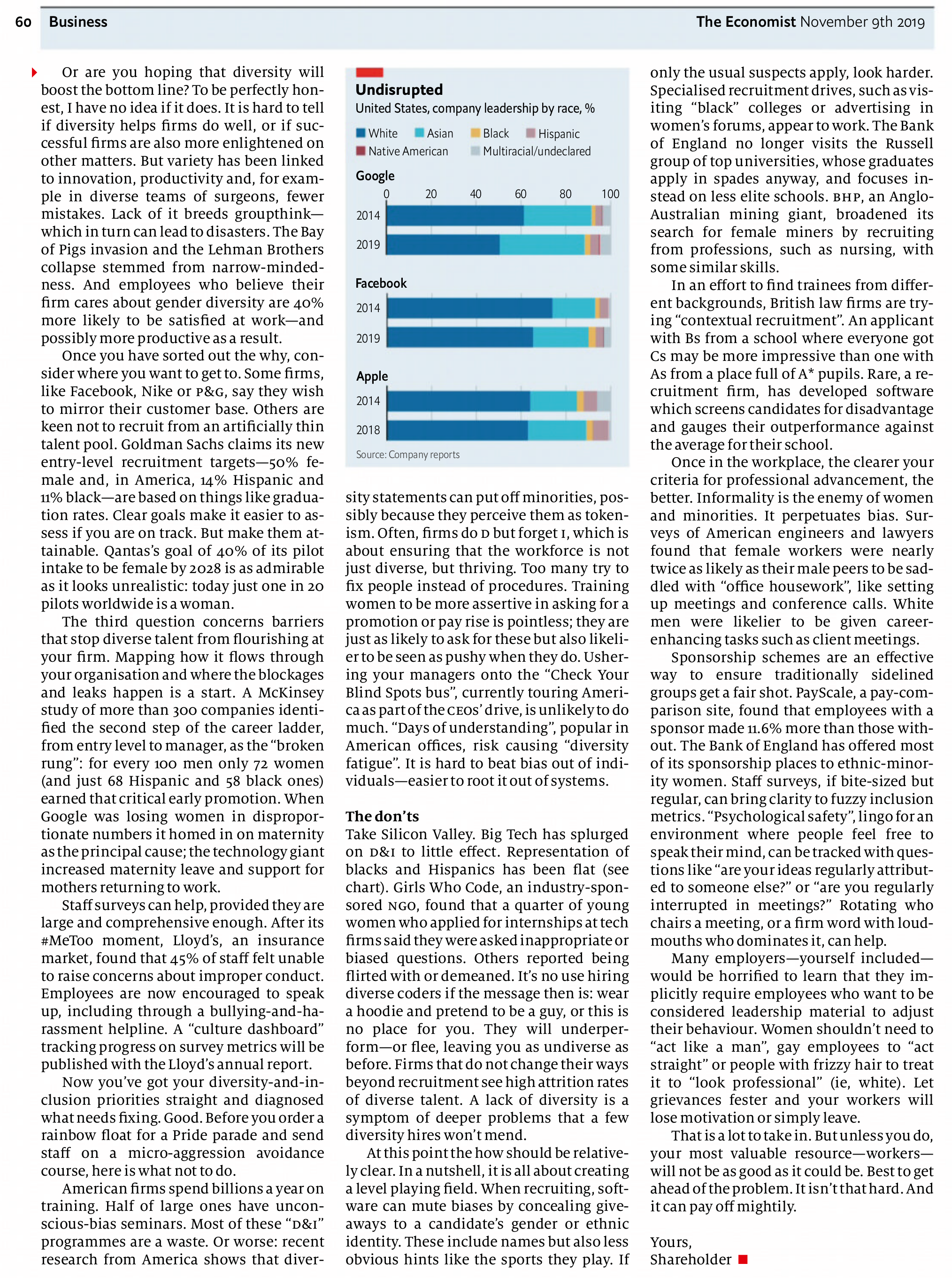