Peter Rabbit is a really funny film with a deceptively low IMDB rating.

Cockerel: No way! The sun came up again! If I knew this was gonna keep happening, certainly wouldn’t have fertilized all those eggs.

Didn't expect to hear that in a kids-friendly film.

Clippings from the press:

1) A lamentation about common topics in popular linguistics — how to speak correctly and how to write correctly. The article is slightly schizophrenic: as many articles dealing with this subject are — when it simultaneously argues that there is no such thing as correct language usage, and judgmentally points at certain grammatical mistakes.

2) An article worth mentioning for its powerful last paragraph:

"What struck me on reading this is that most of us hold opinions that 70 years ago would have placed us to the left of the Overton window and 20 years ago would have put us squarely in the middle. But the shift to the left among the educated intelligentsia has accelerated so significantly in the past ten years that it’s now commonplace to describe a group of ‘moderate secular liberals’ (Michael Shermer’s phrase) as ‘alt-right’ extremists."

Which reminded me of a horribly distorted representation of this concept in a parochial self-righteous rant by a Russian actress against the declining social mores that I saw referenced on the internet a week or so ago: 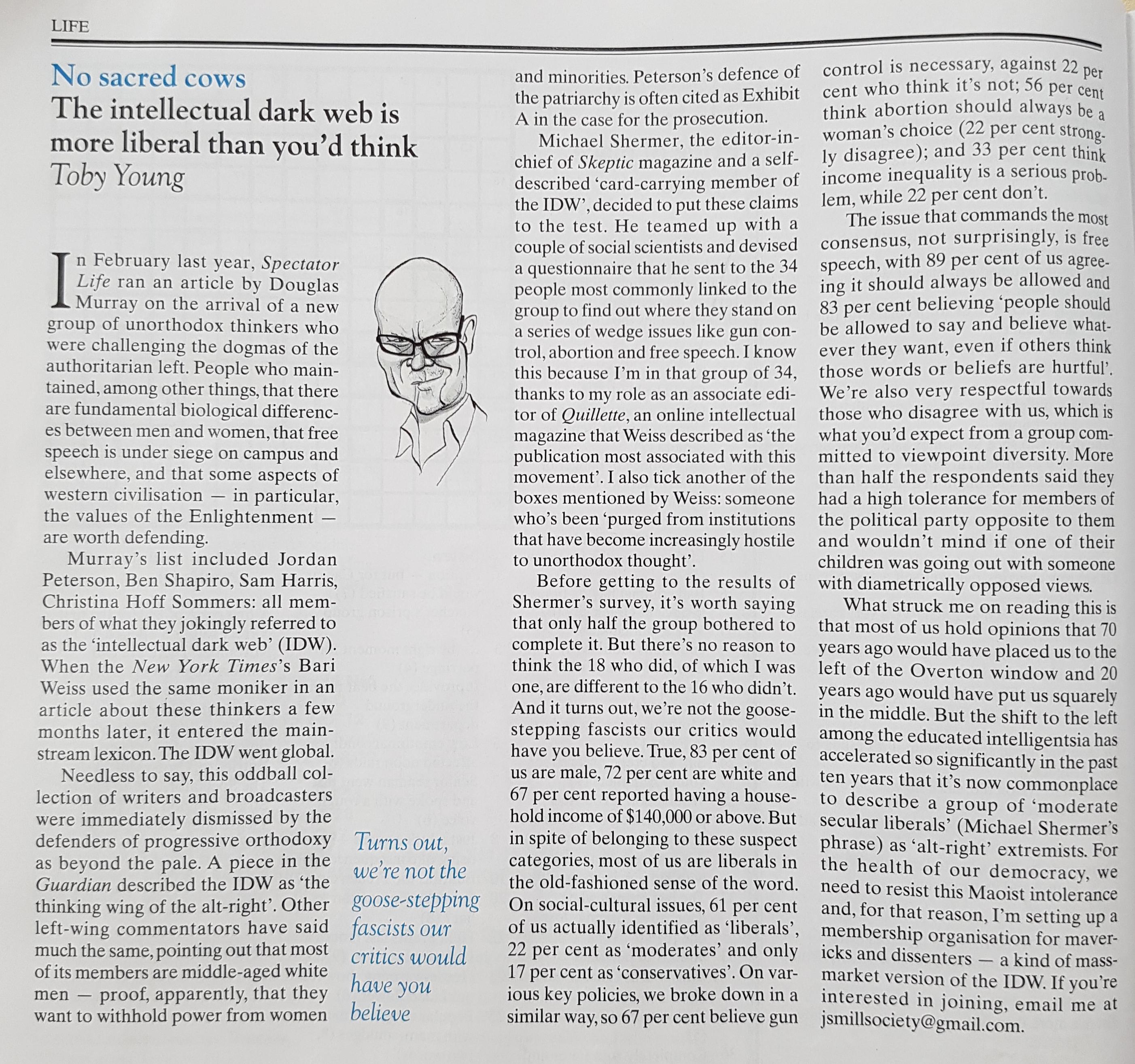 3) A short piece about the word surd (the same root as in the Russian сурдоперевод), with an interesting reference to a Carroll’s poem. The author explains that in order to rhyme, 11/3 in that reference is pronounced "eleven thirds", not "eleven over three". But at the same time, she (or perhaps the typesetter) forgot to format the 2 in x2 as superscript, so that the reading "x-squared" is not immediately apparent.

4) A Douglas Murray piece about sjw’s protests against an American fast-food restaurant, with this slightly camouflaged appeal to sanity:

They also say in their corporate mission statement that Chick-fil-A’s intention is ‘to glorify God’. And if you cannot see how the production of chicken nuggets is either here or there to the creator of the universe then we’ll just have to put that into the bucket marked ‘things that other people think that we may not think ourselves’. 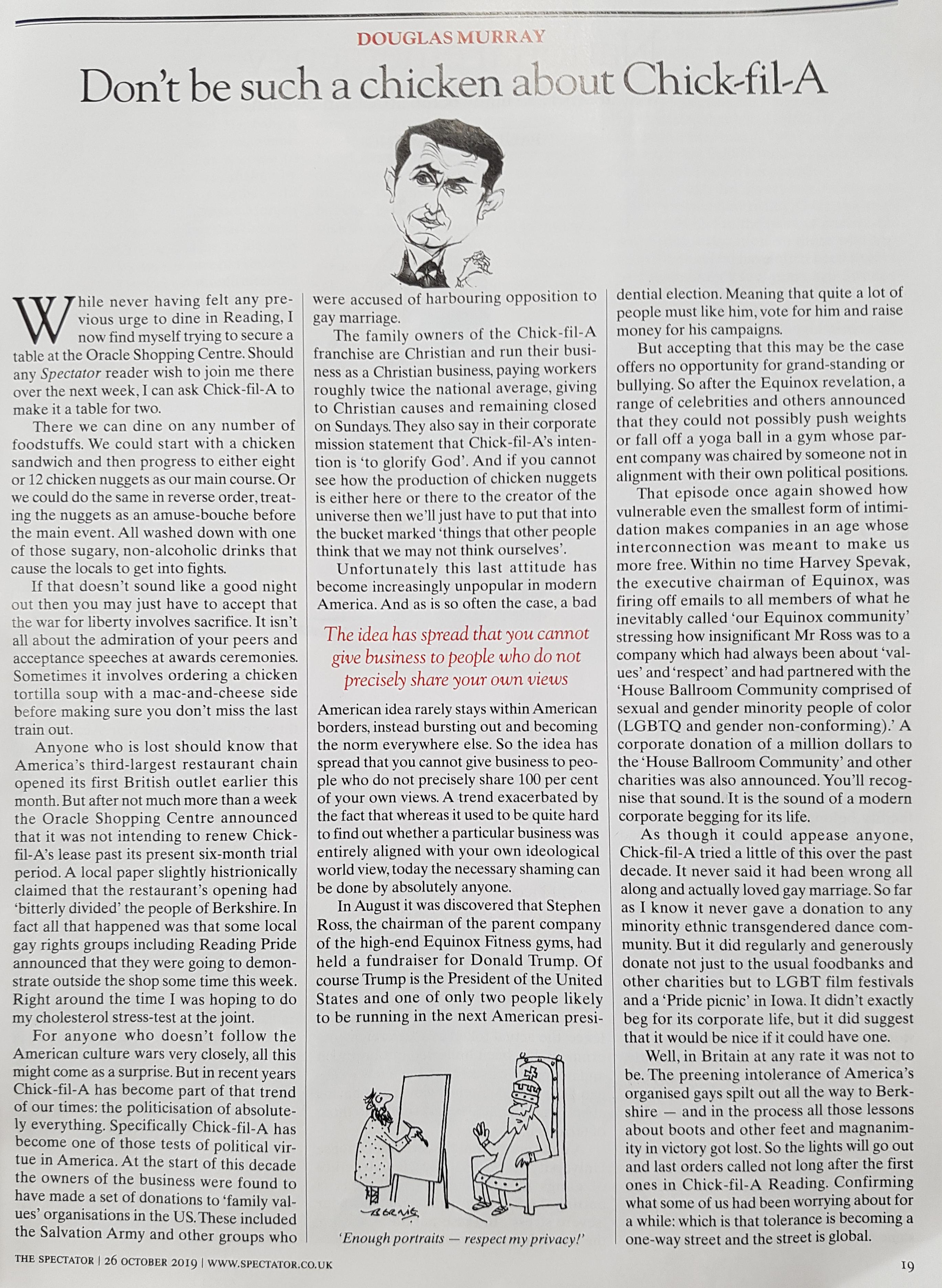 5) An article with a brilliant suggestion about what questions to put on the ballot paper of a hypothetical second Brexit referendum, so that they do not automatically alienate a large proportion of leave voters (I realized the conundrum regarding the phrasing of the option that is other than remain; but it did not occur to me that the proper solution might be to break the question in two): 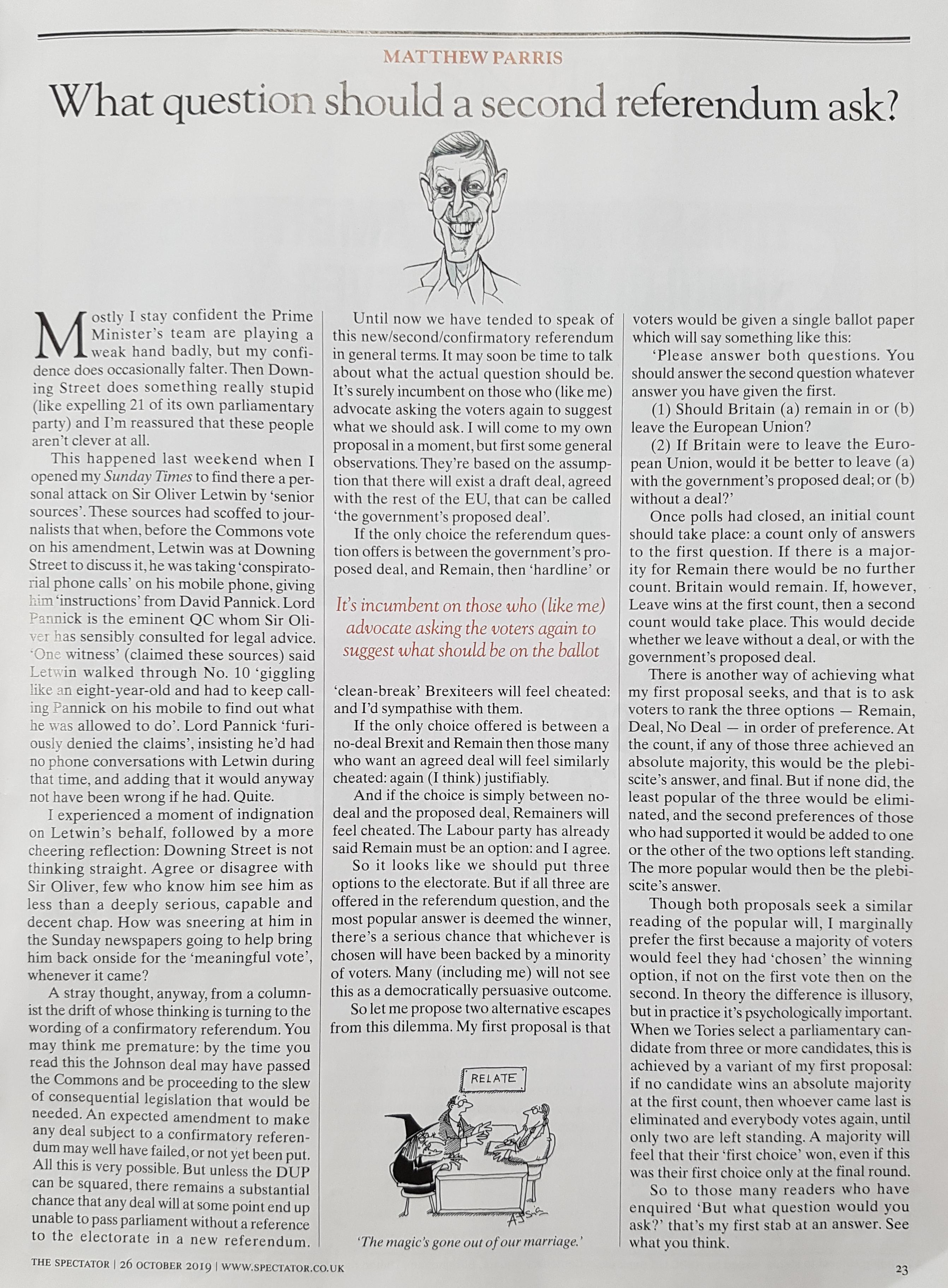 1) Frightens its readers with Putin on its cover (without even explaining inside why exactly they would say such a thing — "the world" turns out to be mostly Syria and sub-Saharan Africa): 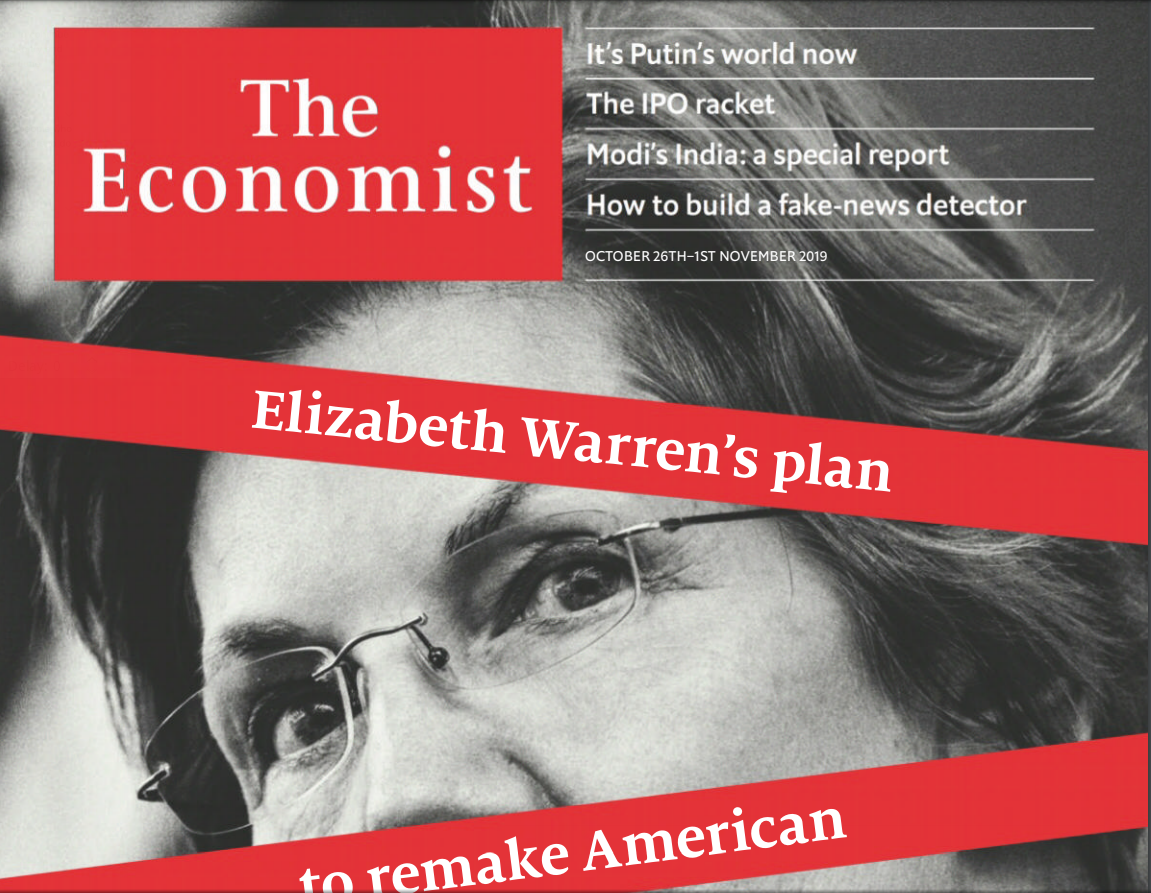 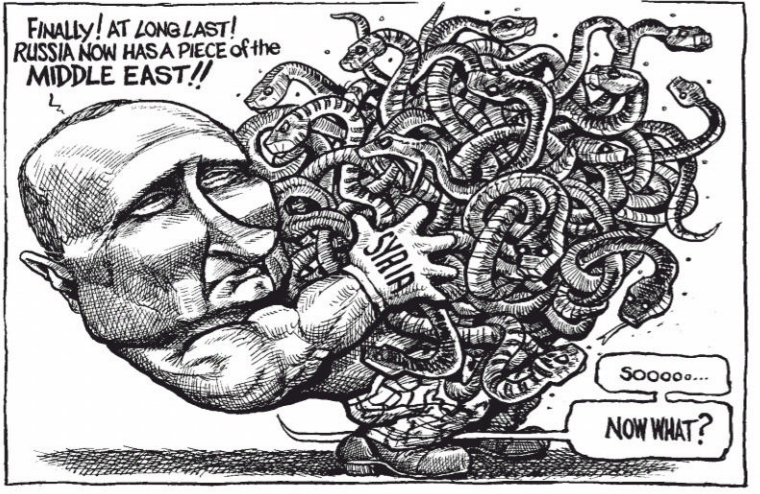 3) And writes an obituary of a critic, who, they say, preferred the classical Western literary canon to the authors from the variously aggrieved groups (I didn’t quite expect that level of cultural conservatism from The Economist): 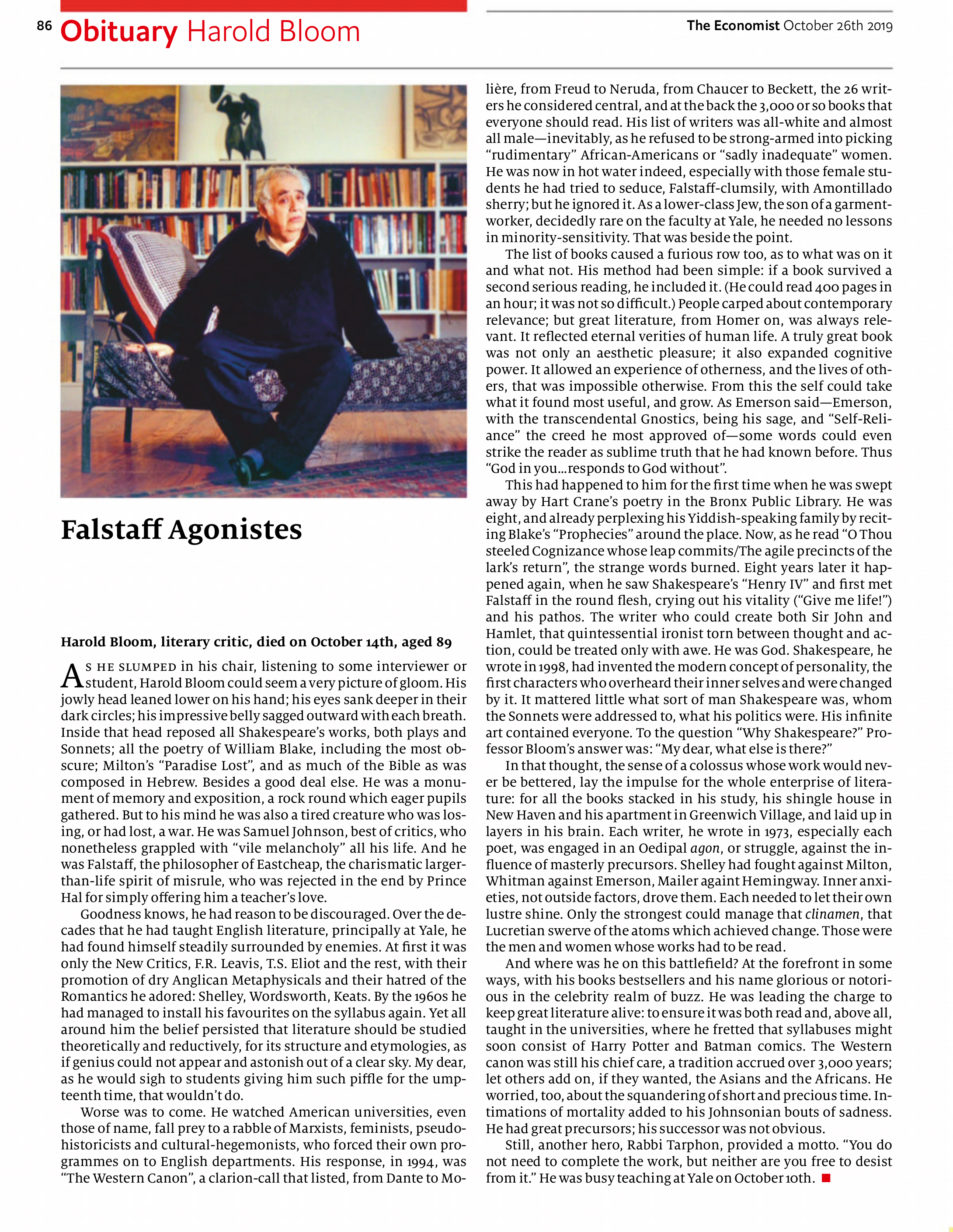