A post criticizing a widely circulated study that showed that blind auditions in orchestras increase the percentage of female hires (I didn't know the statistics were questionable, so took the reported conclusion on faith).

1.
None of the dictionaries I checked records pronunciation of the pronoun us with a terminal /z/ (not due to assimilation to the subsequent word either), which I’ve been hearing more and more frequently lately (last example — somewhere in the fish and scripts podcast). Here’s from Cambridge Advanced Learner’s:

2.
- Boris pronounces visceral with a /k/ (I’ve already marveled at his eviscerate behaving the same).
- He also pronounces Erdogan with a /g/. None of that /w/ nonsense.

Cool site. But the freaking unfixed "width: 100vw" with the stupid unnecessary horizontal scrollbar on the page means that it was likely built on a Mac:

Another twitterstorm brewing. Something to do with John Sonmez (a minor youtube celebrity and, as far as I remember from several videos, an arrogant prick milking his audience for views). He is such an intellectual nonentity that it’s unbelievable people feel strong emotions towards him.

In no particular order whatsoever: 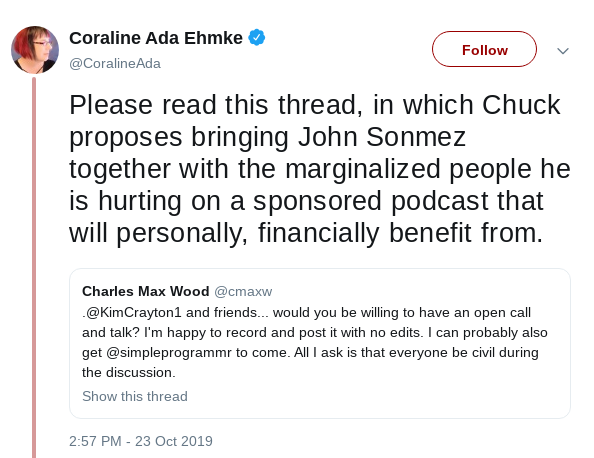 (links to this thread; Charles Max Wood hosts a number of dev podcasts; also not much to talk about) 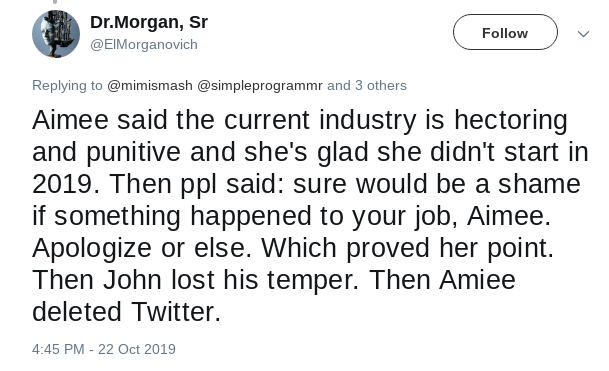 Aimee Knight, a regular host on one of Charles’s podcasts. Used to be my least favourite host ever when she was newer to development. Has grown up a bit and is no longer that irritating. 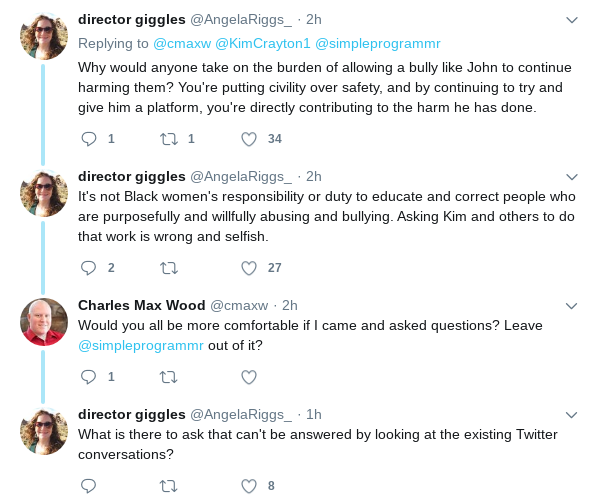 A bunch of tired cliches: opinions make people feel "unsafe", and blacks/women do not have a duty to educate you (yet, somehow, keep doing it all over twitter)

Yep, she said said "safe". Feeling "unsafe" during a conversation, likely remote. How cliche is that? 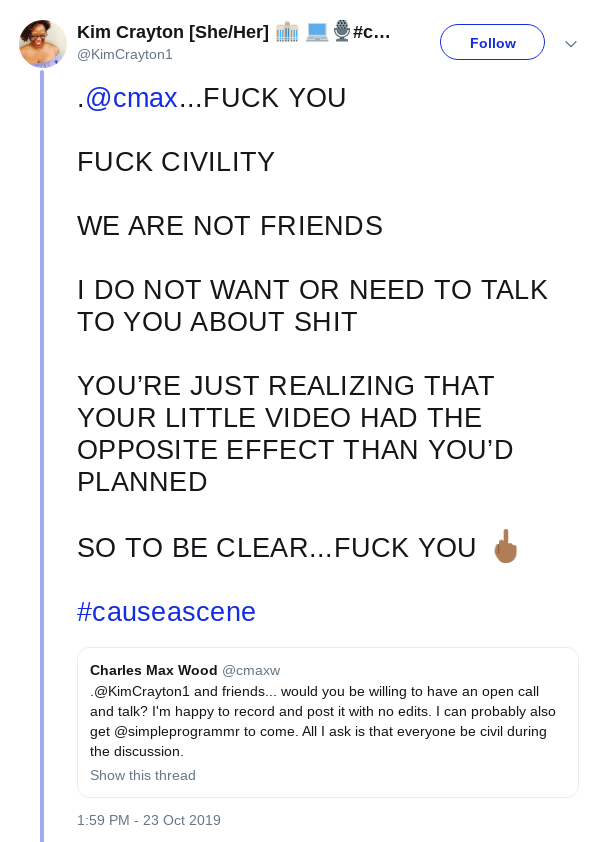 Also, here’s something hilarious: Uncle Bob objected against attacks on Sonmez, and in response someone tweeted at him a screengrab of how he unsubscribes from Uncle Bob’s video channel.

I tried to find the beginning of the shitstorm, but quickly gave up. These twitter people are both hysterical (in both literal and figurative sense) and disgusting. What annoys me is that researching a developer on Twitter has a very high chance of bringing up this.
Collapse