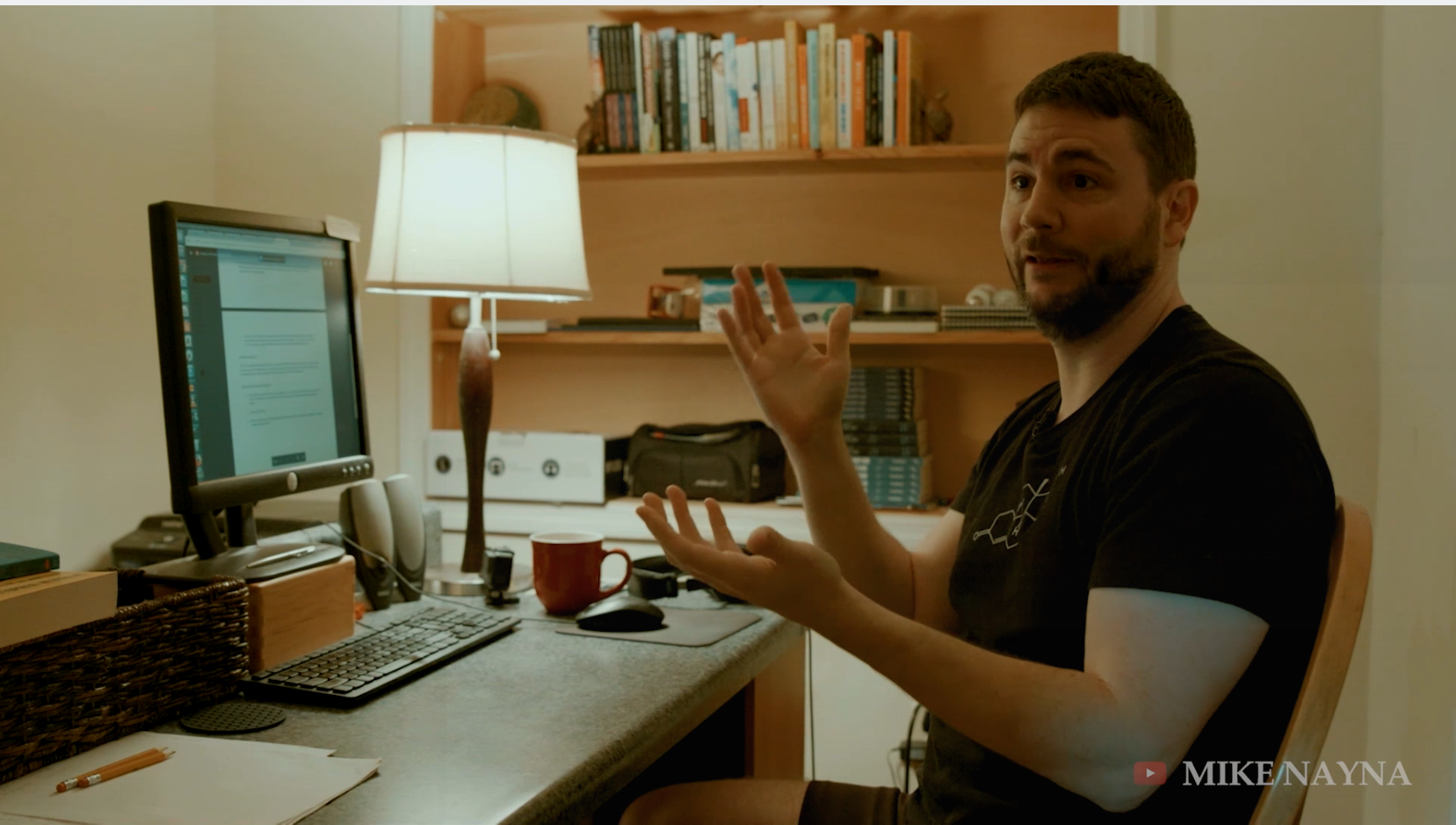 Meanwhile, there’s been released the third part of their conversation with that episcopalian guy. Lindsay is now alone, without Boghossian:

Some clippings from the press:

1) An article in The Times discussing last week’s suggestion by the British counterpart of Onishchenko to ban eating in the public transport (not to tempt poor children, with no sense of self control, to eat too). While fairly entertaining in its own right, the article impressed my by a single sentence. "They weren’t born fat, I argued, so it’s not like persecuting a religious or ethnic or sexual minority".

As if people are born religious! 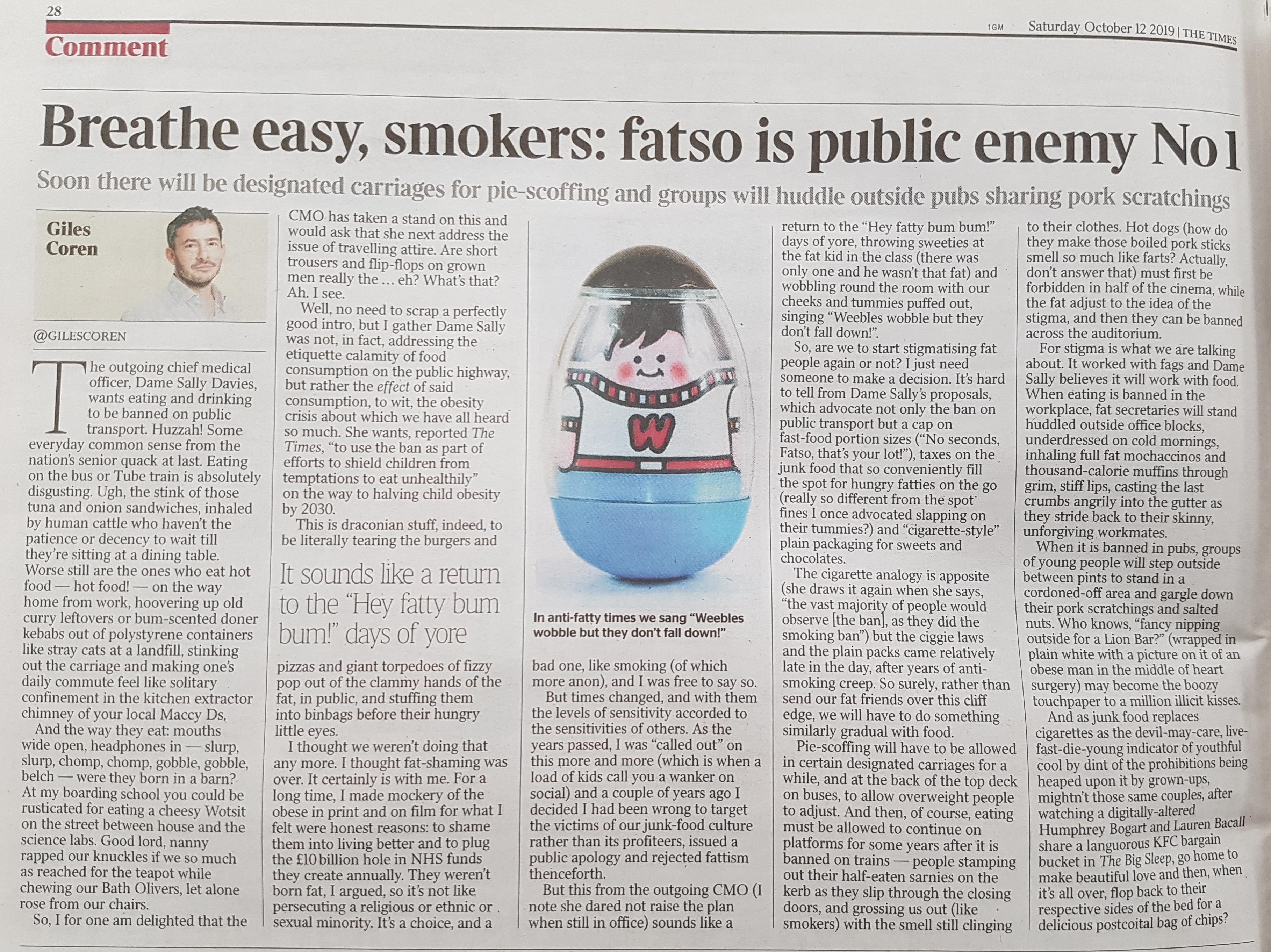 This reminded me of another article, also from the Times, which reported on a court ruling that vegetarianism is "a life choice", as opposed to e.g. religion; and while religion is a "protected characteristic", vegetarianism isn’t. Which is bonkers, and I can’t believe people are talking about it with a straight face: 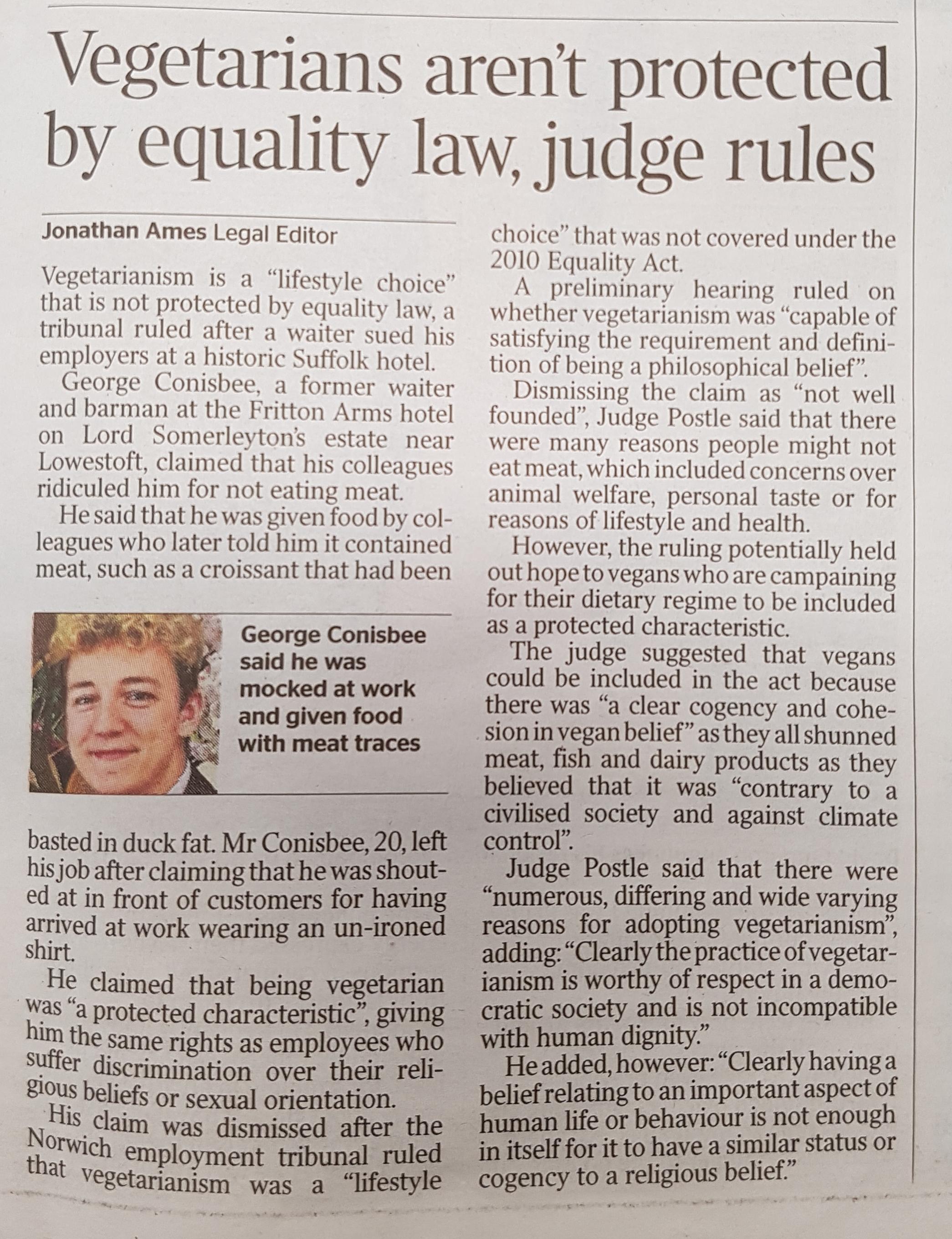 2) The Economist compiled a chart to show the difference between the American and the British antisemitism. Curiously, they provided a list of questions that were used to measure antisemitism vs anti-israelism, and apparently the phrase "Jews exploit Holocaust victimhood for their own purposes" is antisemitic. Also, the statements "Israel exploits Holocaust victimhood for its own purposes", "Israel is an apartheid state", and "Israel is deliberately trying to wipe out the Palestinian population" are anti-Israeli. As if no-one can make such observations simply as a matter of fact rather than of moral judgement. 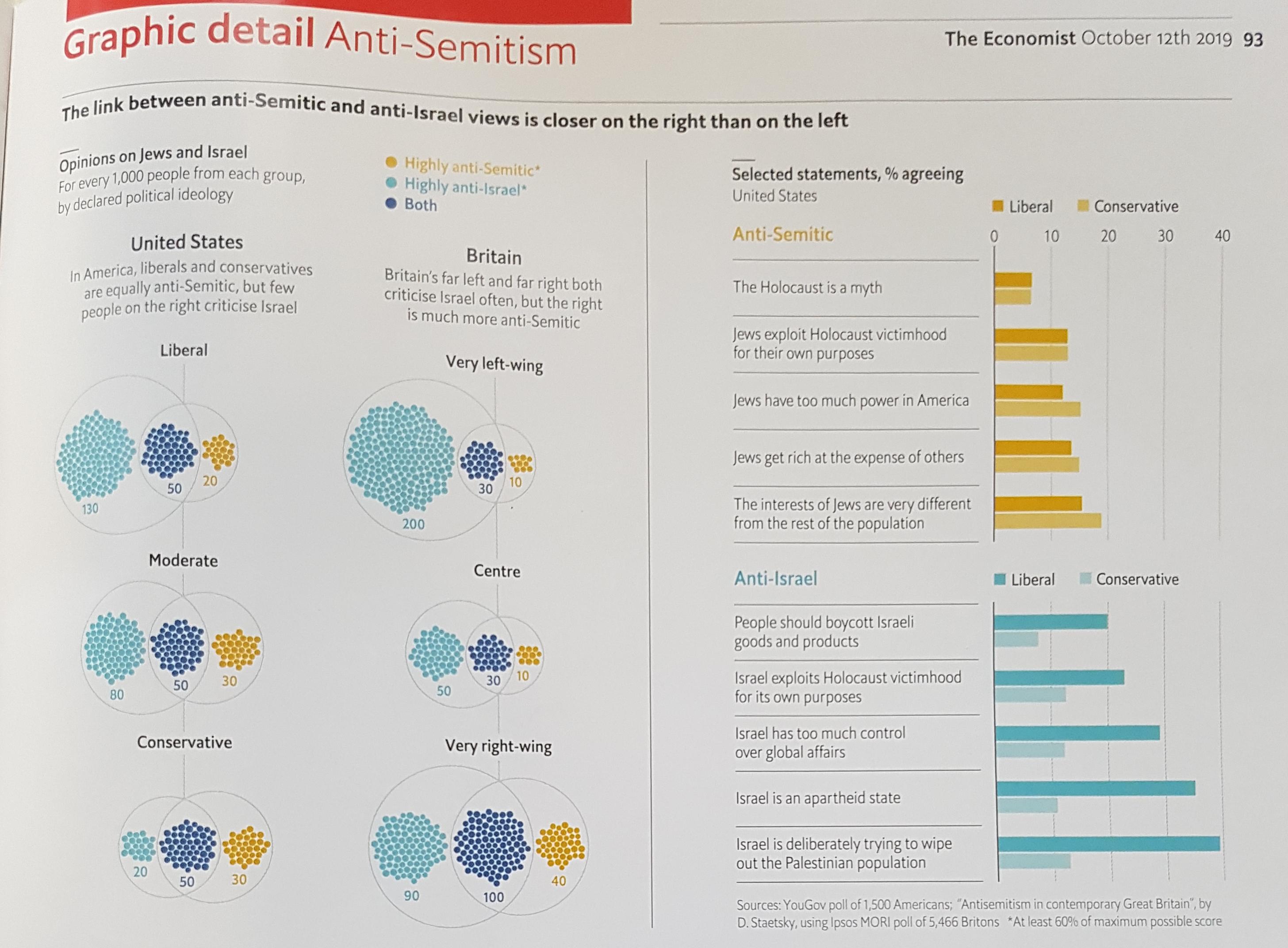 3) Also the Economist, and also the language. "The transcript reinforced Moscow’s lie that Ukraine is a decadent Western satrapy". Not "claim". Not "narrative". Not "story". No, it’s definitely a "lie": 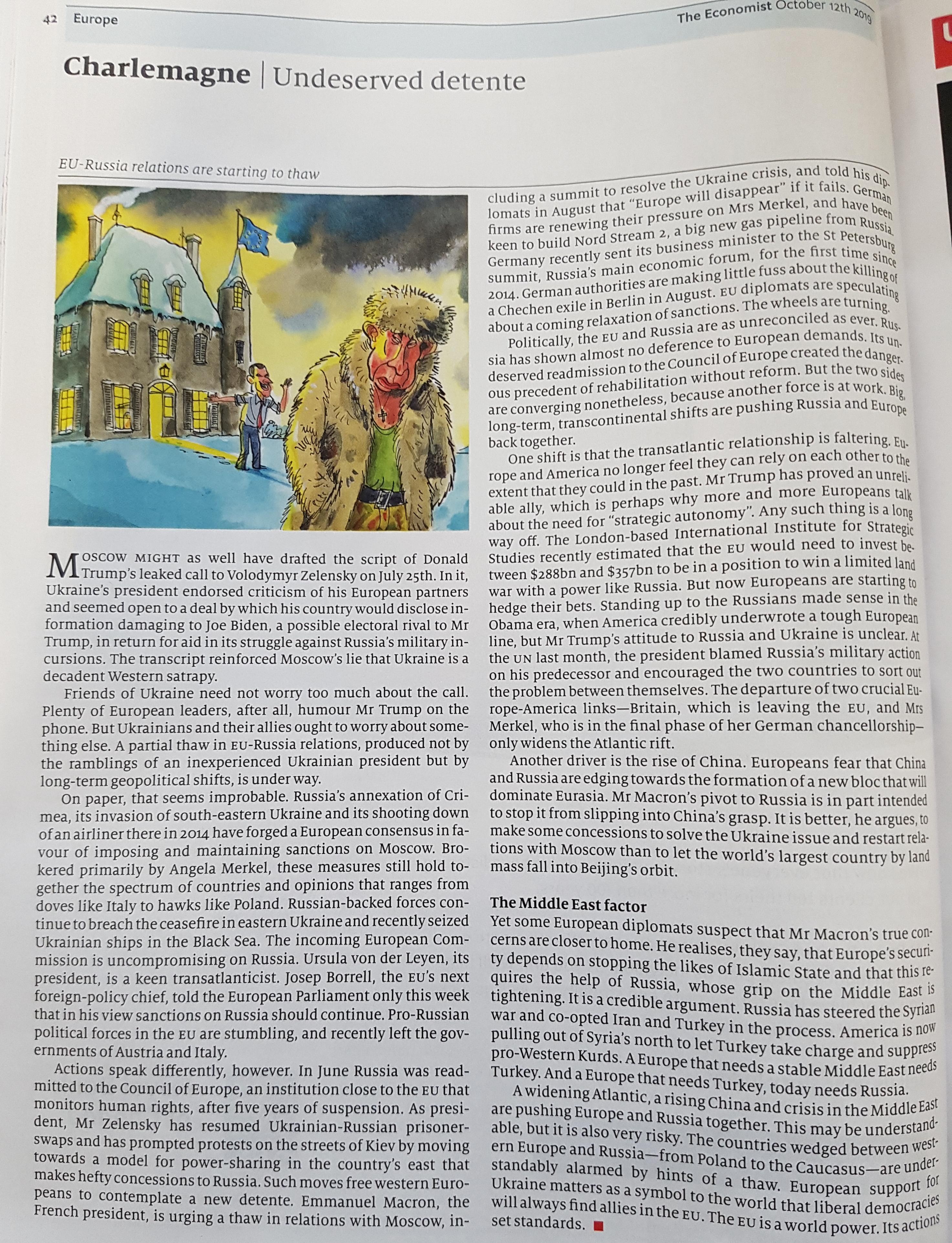 4) A couple of clippings from the Spectator, on topics that have already been widely discussed. First, on the problem with admission of Asian students at Harvard: 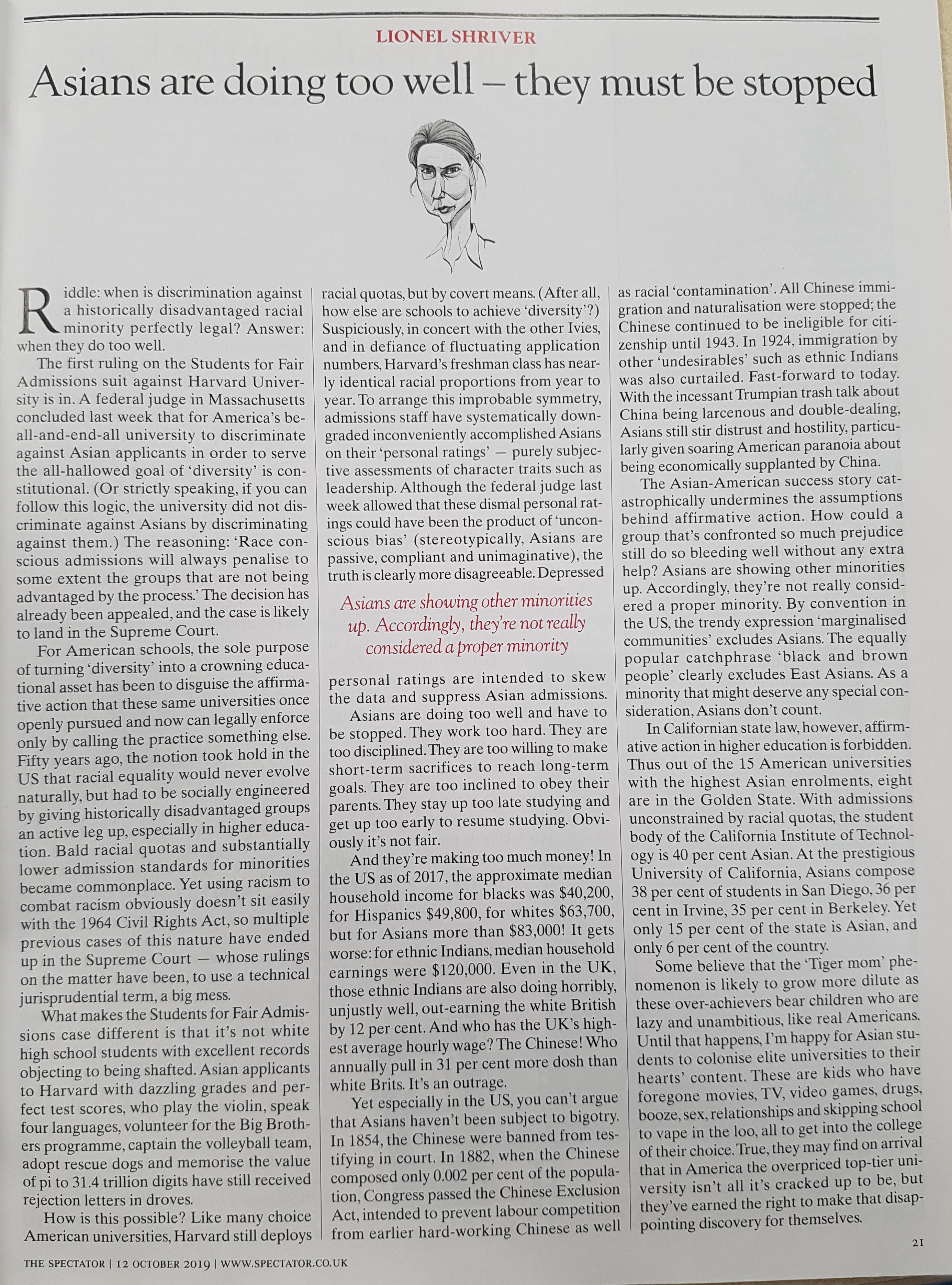 and, second, on how the word diversity doesn’t mean diversity of thought (I mean, yeah, Rod, thanks, we know that): 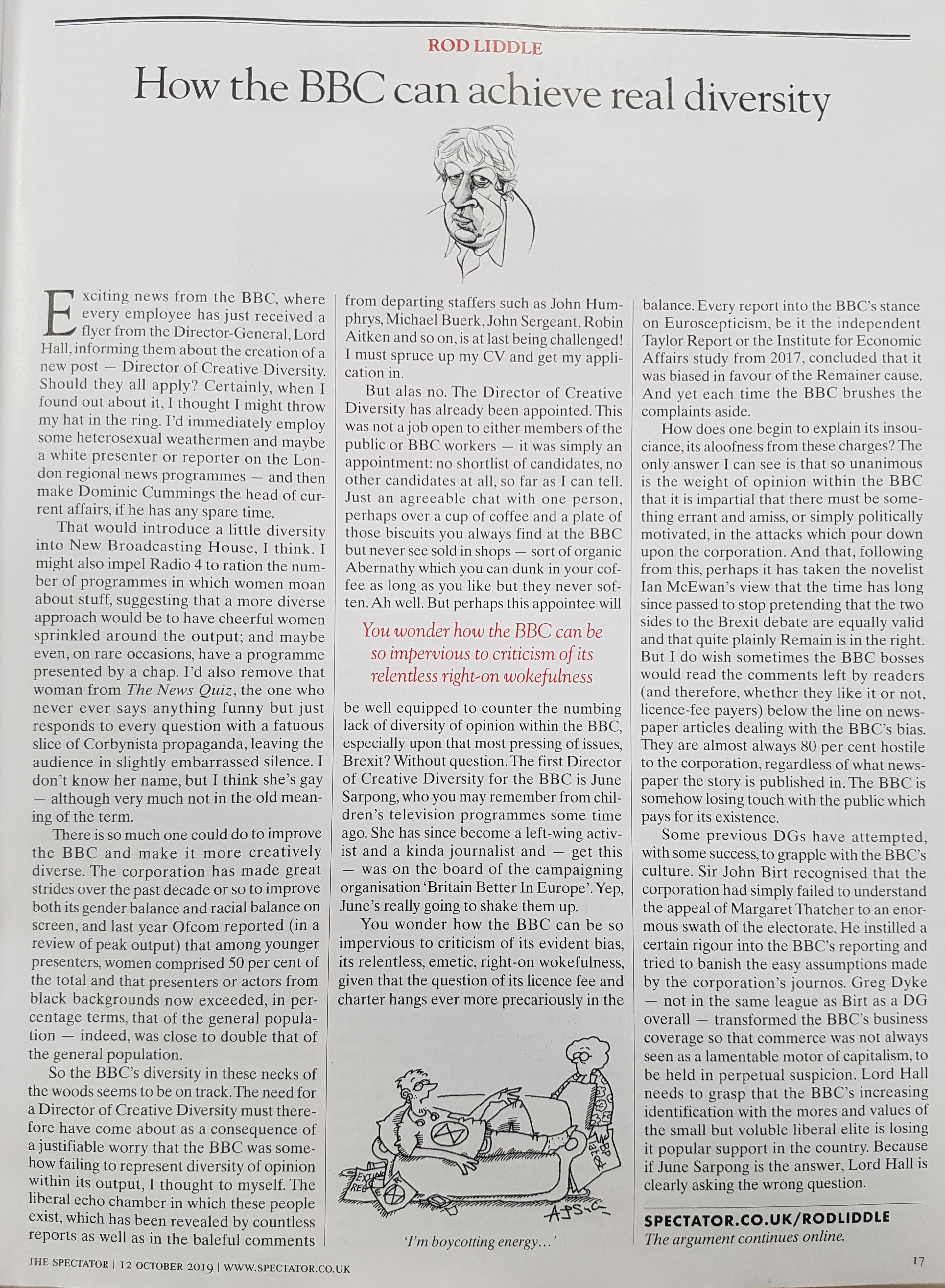 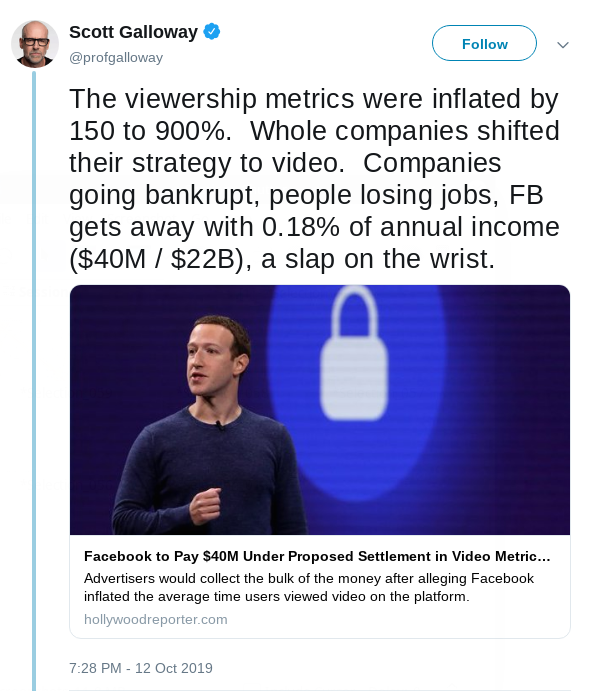 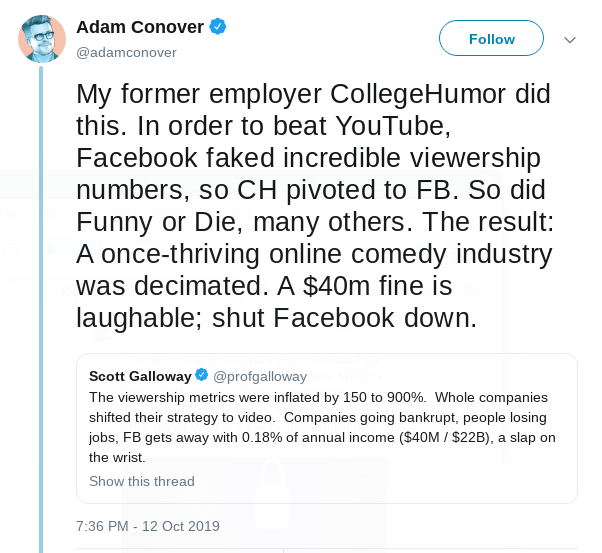 Not sure I sympathize with the companies who fell victim to Facebook’s inflated statistics here. Also, not sure I understand why companies had to choose between several platforms instead of using all of them. This ratings game just feels so dirty!

Seen in the Spectator a week or two ago — in a surprising article about the Russian oligarch Alexander Lebedev and his book «Охота на банкира»: 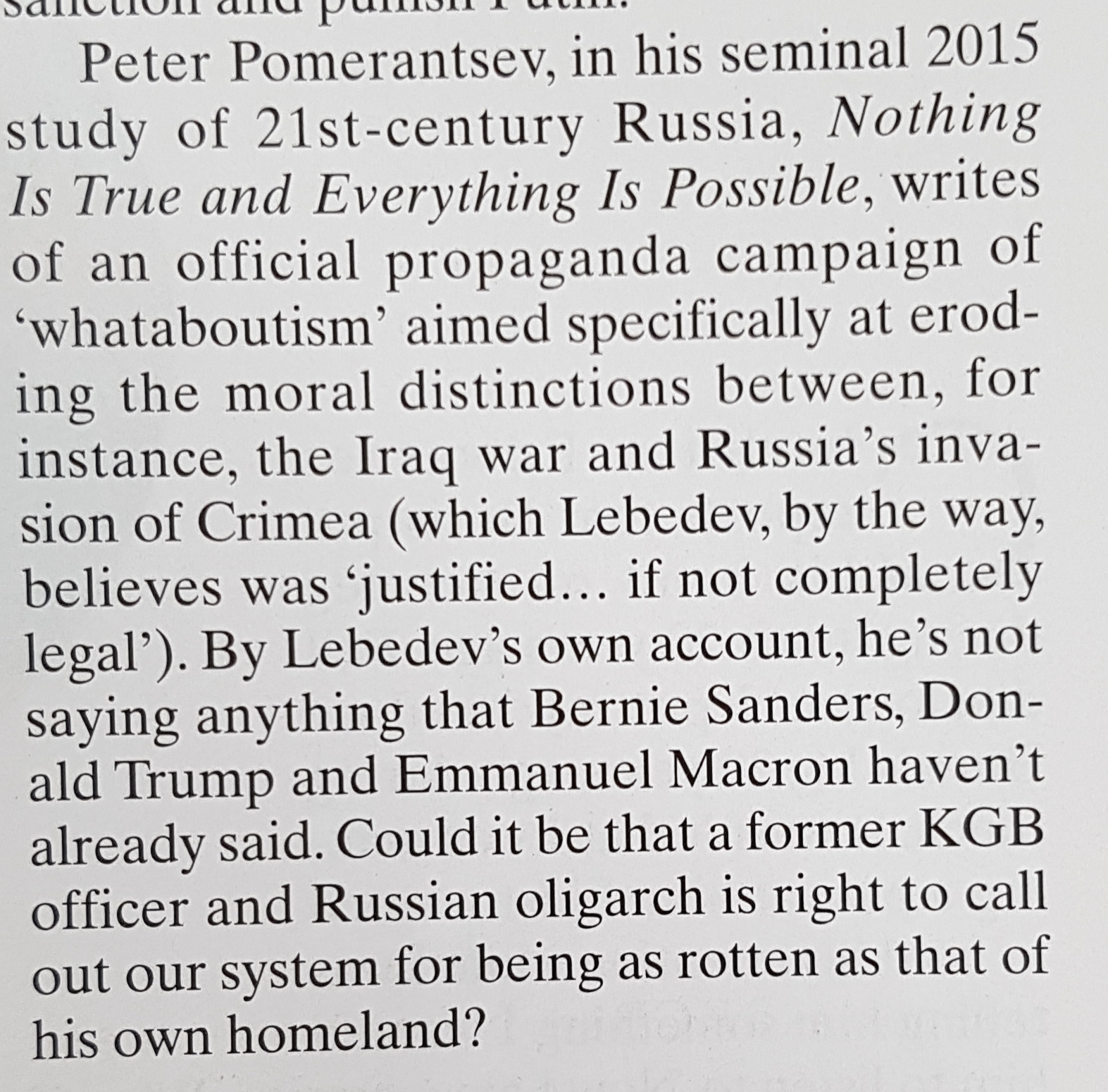 I remember reading about the word whataboutism, and how it originated from the way the Soviet diplomats responded to accusatory remarks about the Soviet Union. I also remember suddenly realizing, after having watched debates in the British parliament for some time, that the default rhetorical device employed by the arguing politicians is this very whataboutism; that it has become (or perhaps has been for a very long time) as recognizably British, as it is recognizably Russian. Perhaps it’s universal.
Collapse