From Murray’s The Madness of Crowds:

As anybody who has spent any time there will know, the political atmosphere in Silicon Valley is several degrees to the left of a liberal arts college. Social justice activism is assumed – correctly – to be the default setting for all employees in the major companies and most of them, including Google, put applicants through tests to weed out anyone with the wrong ideological inclinations. Those who have gone through these tests recount that there are multiple questions on issues to do with diversity – sexual, racial and cultural – and that answering these questions ‘correctly’ is a prerequisite for getting a job.

I haven’t heard of any specific tests for weeding out non-conformists, but the notion that the tech industry got very left, expressed by other conservative authors as well, rings very true.

The following expose, however, which implies that the Google Images search skews results to reflect the left political agenda, is not very convincing:

Consider the results of a simple search such as one for ‘European Art’. There are a huge range of images that could come up on any Google Images search for those words. And it might be expected that the first images to come up would be the Mona Lisa, Van Gogh’s Sunflowers or something similar. In fact the first image that comes up is by Diego Velázquez. This may not be so surprising, though the specific painting chosen might be. For the first image to come up on ‘European Art’ is not Las Meninas or the portrait of Pope Innocent X. The Velázquez portrait that comes up as the first painting offered to someone searching for ‘European Art’ is his portrait of his assistant, Juan de Pareja, who was black.

It’s a tremendous portrait, but perhaps a surprising one to put first. Skipping further along the first row of images the other five are all of the type you might be hoping to get if you have typed in this term, including the Mona Lisa. Then we have a Madonna and Child (the first so far), and it is a black Madonna. Then next there is a portrait of a black woman from something called ‘people of colour in European art history’. The line she is on finishes with a group portrait of three black men. Then another line with another two portraits of black people. And then a painting by Vincent van Gogh (his first appearance so far). And so it goes, on and on. Each line presents the history of European art as consisting largely of portraits of black people. Of course this is interesting, and it is certainly ‘representative’ of what some people today might like to see. But it is not remotely representative of the past. The history of European art is not a fifth, two-fifths or a half about black representation. Portraits by or of black people were very unusual until recent decades when the populations of Europe began to change. And there is something not just strange but sinister in this representation of the past. You can see how in the mind of a machine taught to be ‘fair’ it could seem that this would constitute adequate representation of different groups. But it is simply not a truthful representation of history, Europe or art.

Nor is this a one-off with Google. A request to find images relating to ‘Western people art’ offers a painting of a black man (from ‘Black people in Western art in Europe’) as the first picture. And from there the dominant selection is paintings of Native American people.

If you tell Google that you would like to see images of ‘Black men’ the images that come up are all portrait photos of black men. Indeed, it takes more than a dozen rows of images before anybody who isn’t black comes up in the images. By contrast a search for ‘White men’ first throws up an image of David Beckham – who is white – but then the second is of a black model. From there every line of five images has either one or two black men in the line-up. Many of the images of white men are of people convicted of crimes with taglines such as ‘Beware of the average white man’ and ‘White men are bad’.

As you begin to go down this rabbit hole the search results become increasingly absurd. Or at least they are absurd if you are expecting to get what you wanted from your search, though you can very soon work out which directions the misleading goes in.

It gets predictably stranger. For ‘Straight white couple’ the second photo is a close-up of a knuckle with ‘HATE’ written on it. The third is of a black couple. Asking for this in the plural (‘Straight white couples’) throws up a range of images so bizarre that it is clear that something is
up. As the second image we get a mixed-race couple. Fourth is a gay male couple (one black, one white) holding two black children. By lines two and three the photos are mainly of gay couples with tags including ‘Interracial couples’, ‘Cute gay couples’ and ‘Why gay couples tend to be
happier than straight couples’.

For this to be in any way true, Google Images has to index images by subjecting them to a machine vision process that will try to classify them. Perhaps this is indeed what happens; I simply do not know; at least Google Images can tell black-and-white images from color images; and line drawings or clipart from photos; although that machine would have to be formidably smart to recognize "European art" from other kinds of art. But I would suspect that whatever ranks the images in the list of search results is the properties of the html page where each image was found — the alt-tag on the image, the title tag and meta tags (og-image, og-description) in the page, and the general content of the page. If that is so, then there is no reason to suspect Google Images of serving the left agenda. 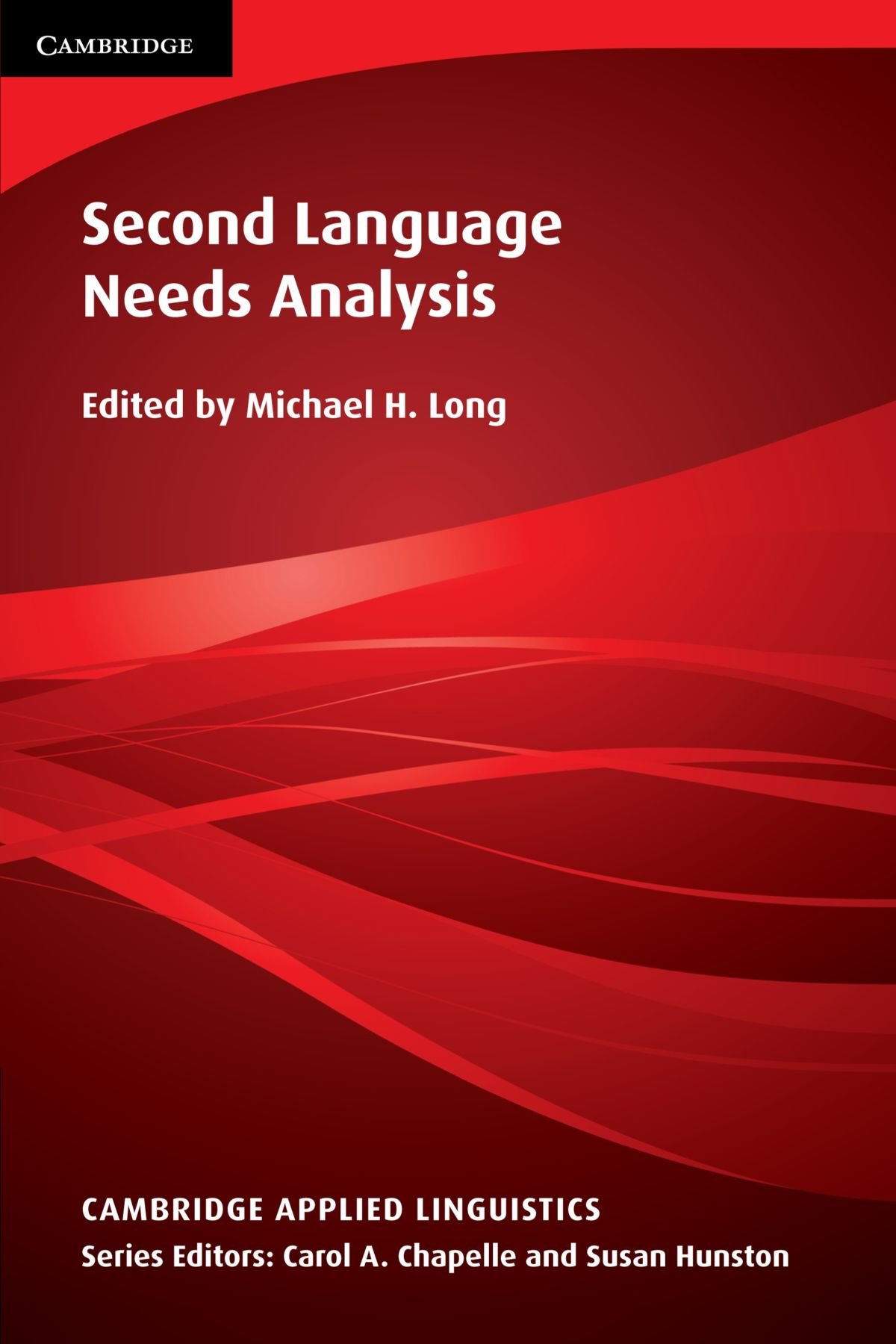 Didn’t expect to find Richard Dawkins in the pages of The Spectator. Also, didn’t quite expect him to be so complimentary about Murray’s book. 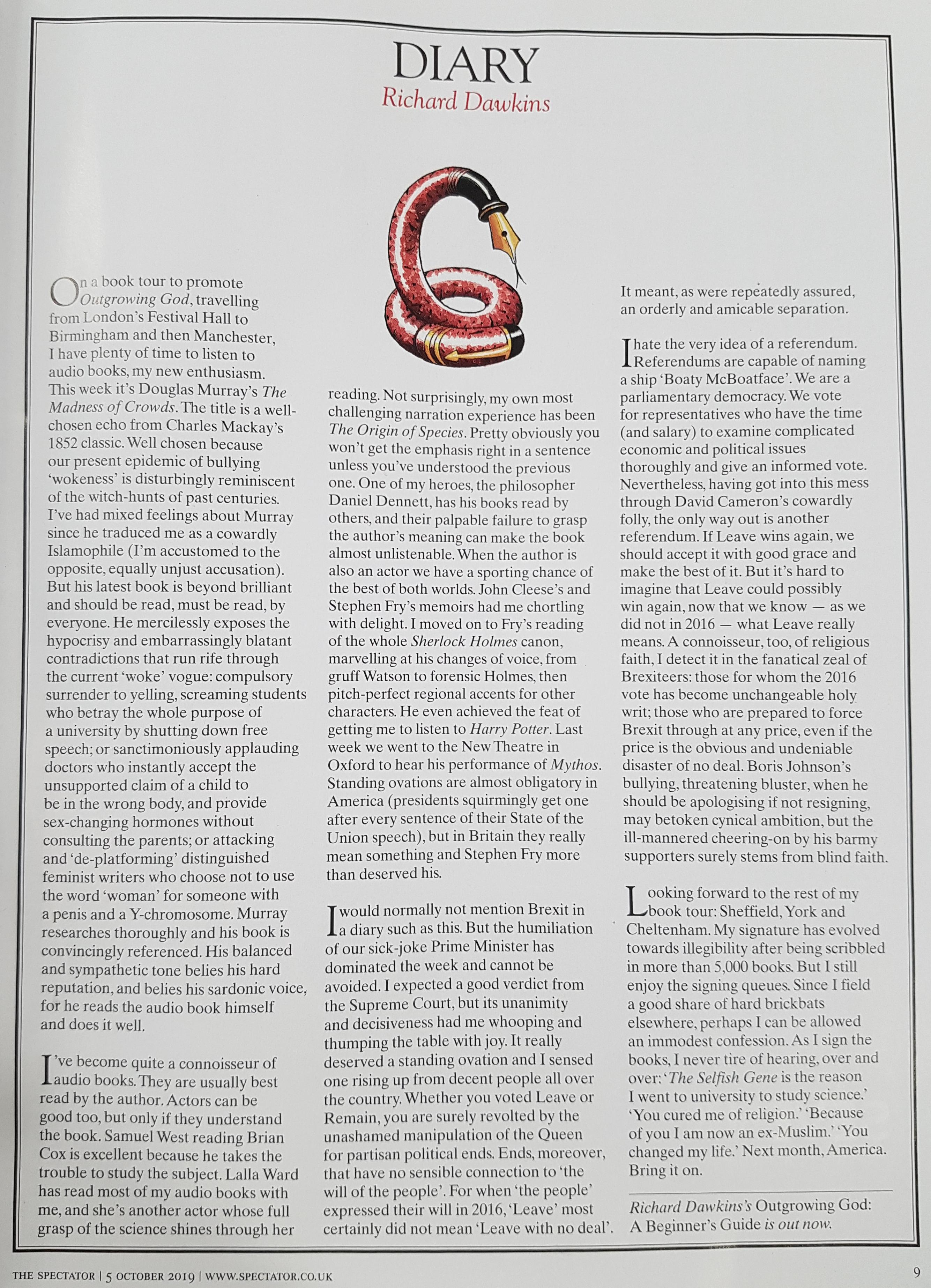 P.S.: regarding his praise of Fry’s Mythos, I’ve also listened to it, but, as far as I recall, didn’t even finish it. I found it mostly meh.
Collapse