The word Fascism has now no meaning except in so far as it signifies ‘something not desirable’. The words democracy, socialism, freedom, patriotic, realistic, justice have each of them several different meanings which cannot be reconciled with one another. In the case of a word like democracy, not only is there no agreed definition, but the attempt to make one is resisted from all sides. It is almost universally felt that when we call a country democratic we are praising it: consequently the defenders of every kind of regime claim that it is a democracy, and fear that they might have to stop using that word if it were tied down to any one meaning. Words of this kind are often used in a consciously dishonest way. That is, the person who uses them has his own private definition, but allows his hearer to think he means something quite different. Statements like Marshal Petain was a true patriot, The Soviet press is the freest in the world, The Catholic Church is opposed to persecution, are almost always made with intent to deceive. Other words used in variable meanings, in most cases more or less dishonestly, are: class, totalitarian, science, progressive, reactionary, bourgeois, equality.

Nothing has changed since 1946 (well, almost nothing; some words have gone out of fashion, some countries too)

This guy really can’t stand the soon-to-retire speaker of the house of commons, John Bercow. Some first-class vitriol here: 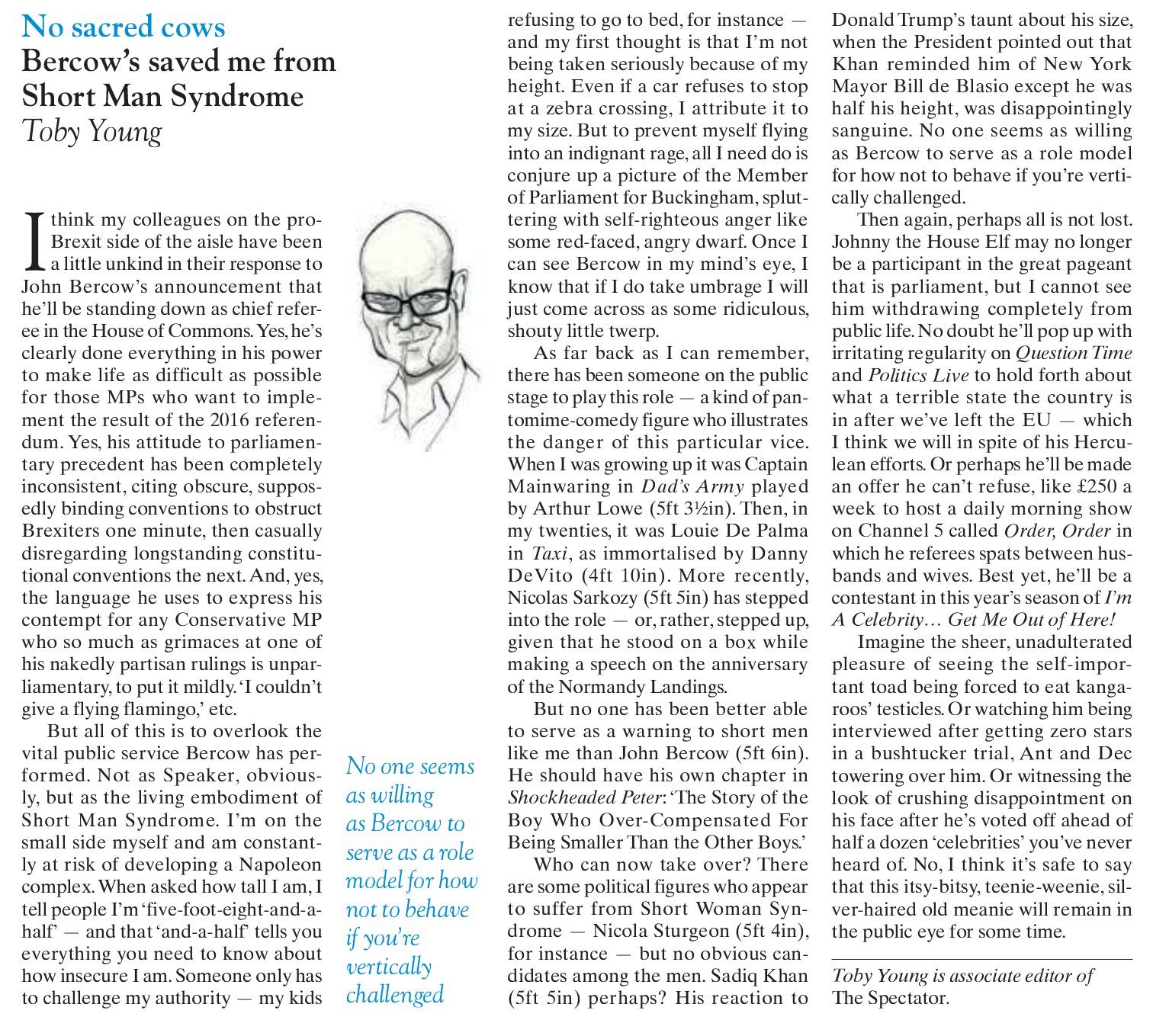 I do not remember when this interest in pronouns, confined mostly to campuses and social media, started to spill into the outside world; but I suspect we are now witnessing this spillage.
Collapse