Another day, another retweet of someone’s lunacy: 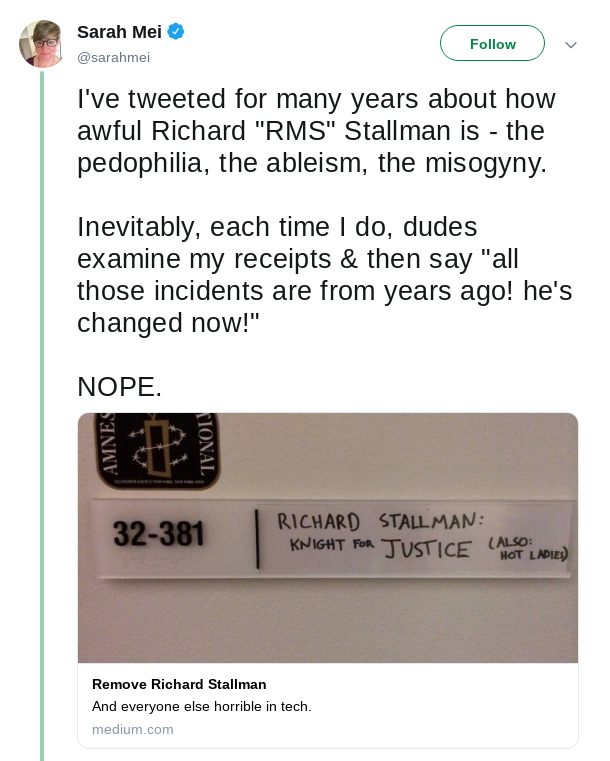 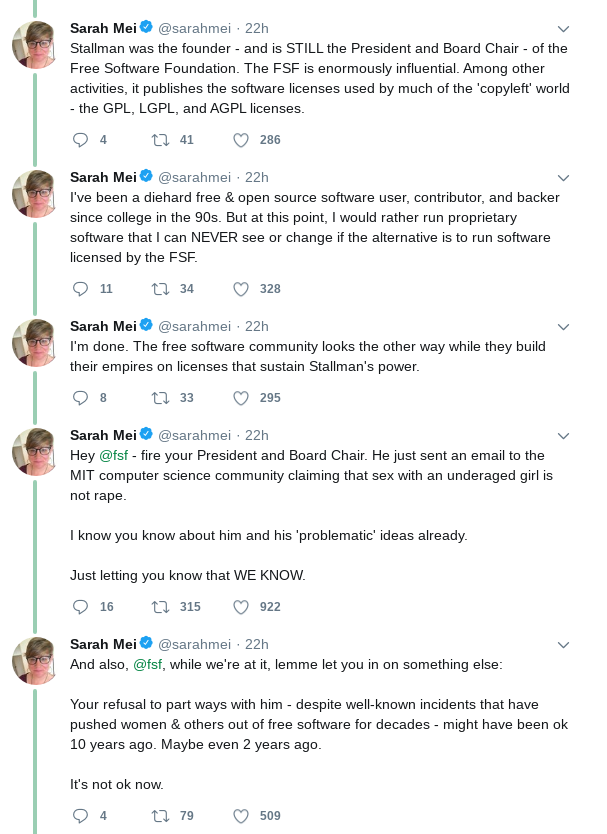 "I would rather run proprietary software, because the president of free software foundation has a dissenting opinion on sex with an underage girl". How deranged is that?

The timeline in the last tweet is also interesting: it shows how, according to her perception, aggressive cancelling of the accused has become the norm.

P.S.: This one makes me go bananas: 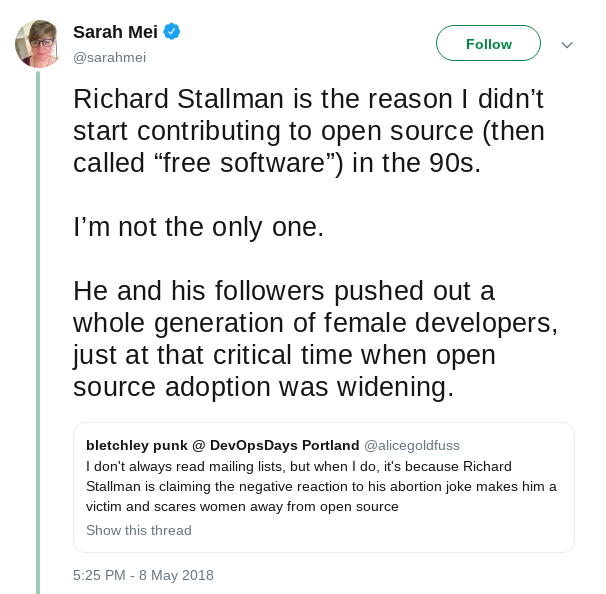 "I blame a guy’s statements or jokes for my not being involved in open source. And I know others who say the same. Therefore, cancel the guy. Hurry up, I am waiting".

If that’s not some snowflake shit, I don’t know what is.
Collapse