1) An amusing example of how the US left politics is eating the world: a developer who, as far as I understand, is originally from Hungary, and now seems to be living in Oxford, wrote a blog post addressed to white people (white males, surely?) about diversity and inclusion.

If a child, who’s not old enough to know what the swastika is, decides it’s fun to draw it on city properties and does that, their graffiti isn’t going to be any less fascist because they had no idea about it.

(It’s as if he believes that symbolism of a drawing is some sort of intrinsic attribute of that drawing, existing independently of the intention of the artist. By that logic, Hindus, who happily keep drawing swastikas, are fascist — and fascists were Hindus.)

2) There’s a person tweeting criticisms about (she says, "exposing") bootcamps. That makes a fascinating read. For example, I was under an impression (from HN?) that Lambda school is a very strong bootcamp (just goes to show how good their PR is). Her tweets (thread 1 thread 2) show that... it’s complicated.

This screenshot from a Slack discussion was the most instructive glimpse into Lambda school I’ve had so far: 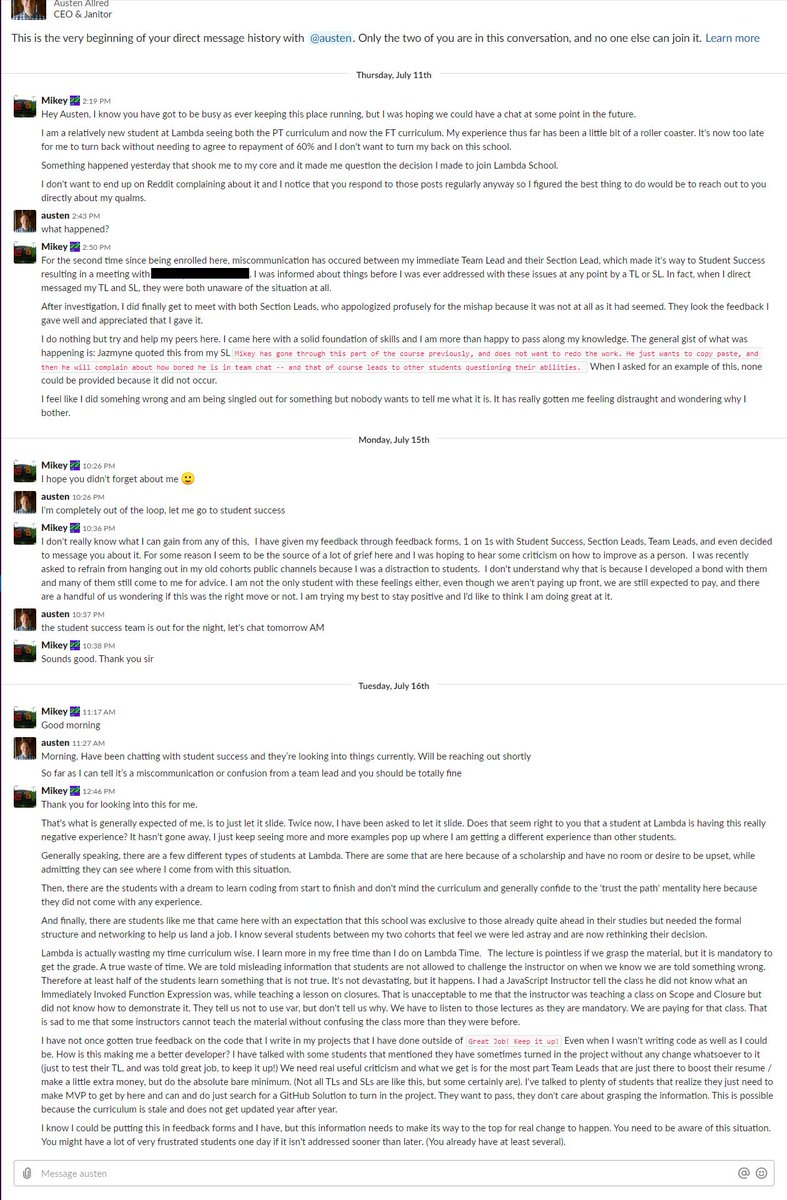 Perhaps the most concentrated in to want in continuous speech that I’ve yet heard:

It this a dialectal characteristic, or is there a semantic behind the continuous?
Collapse