Andrew Doyle, reflecting on how the messaging has changed over the last several decades:

I remember when Christopher Hitchens wrote about it in his autobiography, and he talked about when someone asked him to fill out a form, and it says what’s your race, he’ll put 'human'. And he believed in this ideal ... of color-blindness. And that actually _is_ the ideal. [...] Race should be something that we should aspire not to notice. And that’s not to say that you don’t actually notice, in the way that you notice that someone’s left-handed or right-handed, and you make provisions accordingly. You just don’t treat them differently. It doesn’t even cross your mind to treat people differently on the basis of their race, and gender, and sexuality. That’s where we should be. And I feel like we were almost there. I feel like we weren’t completely there, like, when I was growing up, there were racists, there were homophobes, I was on the receiving end of it. It was there, but we reached the momentum point, where if we just let things go, we would have... I am not saying... You can never sort those things out entirely. But we were in a really great position, and we’ve just unpicked all of that work, and we’ve cultivated a society that is really damaging to race relations. It really upsets me.

From Peter Trudgill, The Dialects of England: 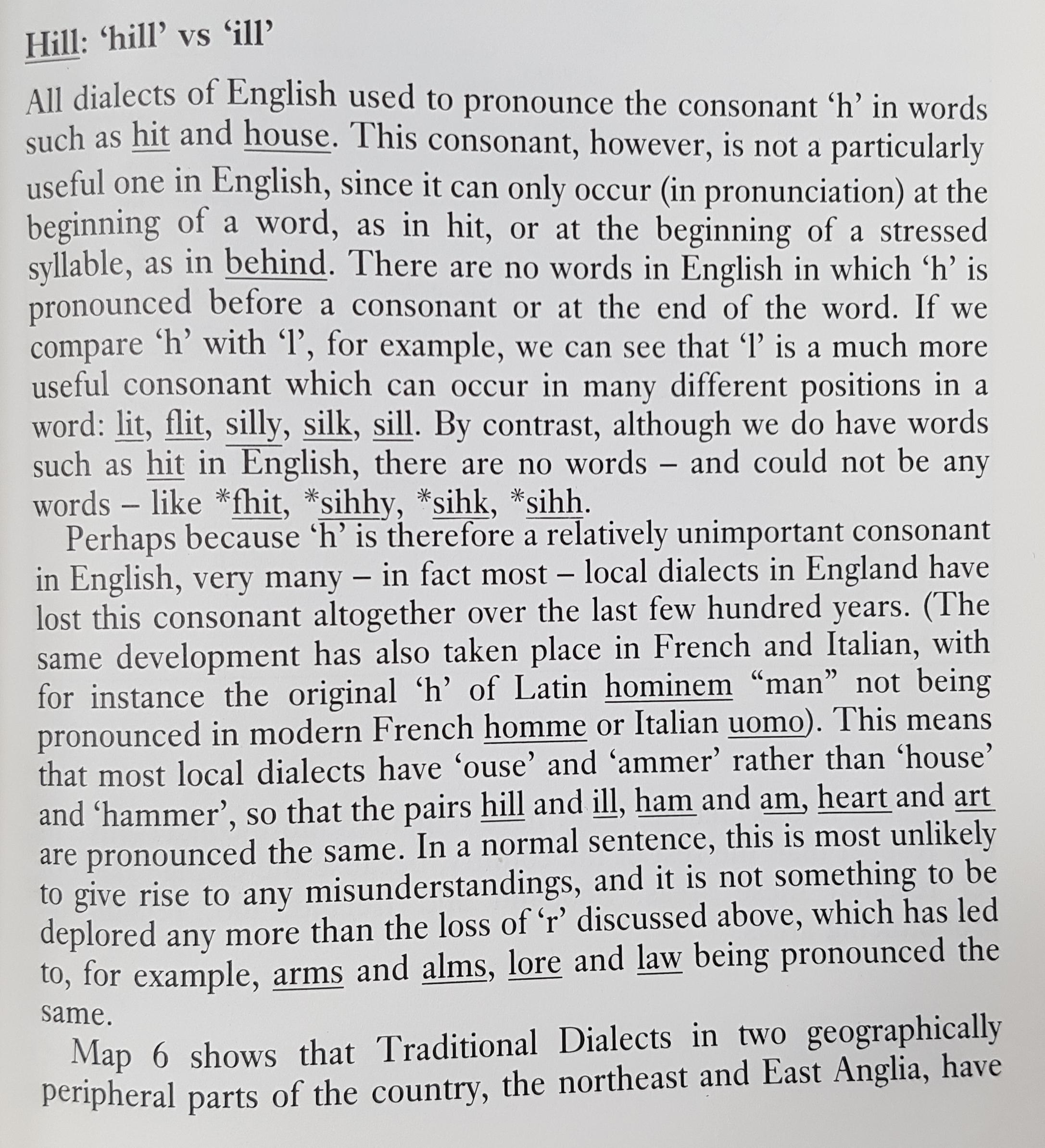 Is it possible that he doesn’t know the Latin word homo that he uses its accusative form hominem? It can’t be possible, can it?

From the little I remember of my own primary school education, I hated any overt attempts to impose any system of ethics upon me. Luckily, there was very little of it (show courtesy to girls, women, and the elderly; offer you seat to the elderly; congratulate WWII veterans on the victory day), and after the collapse of the Soviet Union there was even less. The fragments of lessons that I see in this documentary, with their very simple, very straightforward, blunt moral messages, would likely have revolted me.

And this curriculum is expected to become compulsory in 2020.

I can understand that kids should be taught to accept and not to bully their weirder classmates — whatever the cause of the weirdness. I can’t understand why someone has decided there should be a special subject for that.
Collapse