From Sunday freaking Times (from several months back):

I cannot imagine what is going through her head.

The ending of this FB post (link) is very much in character of social media and, as such, is absolutely demented: 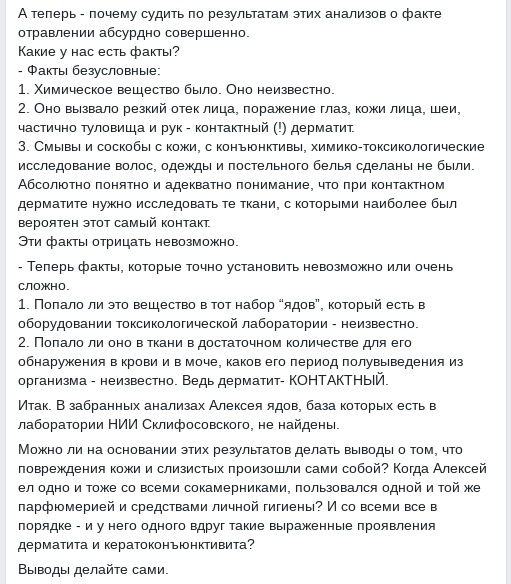 No, an average reader of this FB post cannot "make their own conclusions". They are not physicians; they are not dermatologists; they are not toxicologists. The responsible thing to do (if they want to turn Navalny into a public medical case study) would be to lay out differential diagnosis and to explain what alternatives to poisoning have been considered and why poisoning cannot be ruled out (if that’s what they are saying).

And maybe, just maybe, after such a detailed explanation the readers will be able to "make their own conclusions".
Collapse