LOL, I may not be as socially progressive as Dan, but at least we share the same bit of mindset, a kind of sad and bewildered detachment and disowning of country’s politics, that is a heritage of being born in a shithole wrong country: 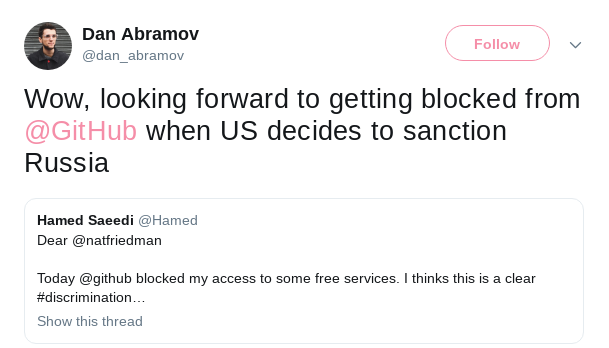 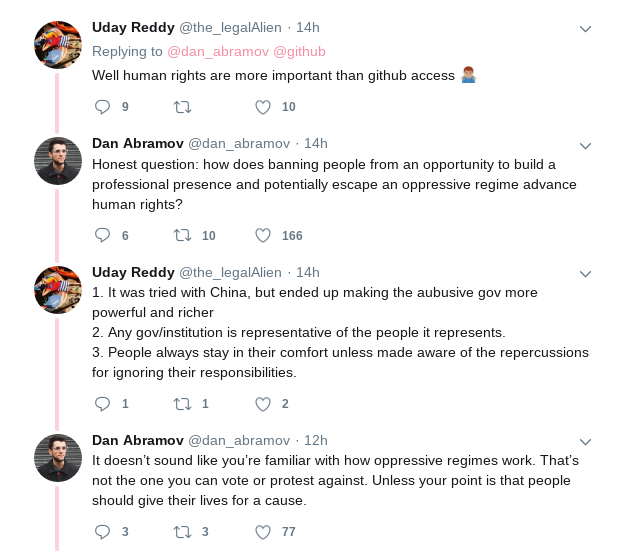 P.S.: I wonder who Github thinks is an Iranian developer. If it’s anyone who is trying to log into Github from an Iranian IP, then Dan, who has moved to London, shouldn’t pretend he has a reason to worry. If it’s something more involved, then yes (although I can’t imagine what that can be).

A cartoon in The Guardian: 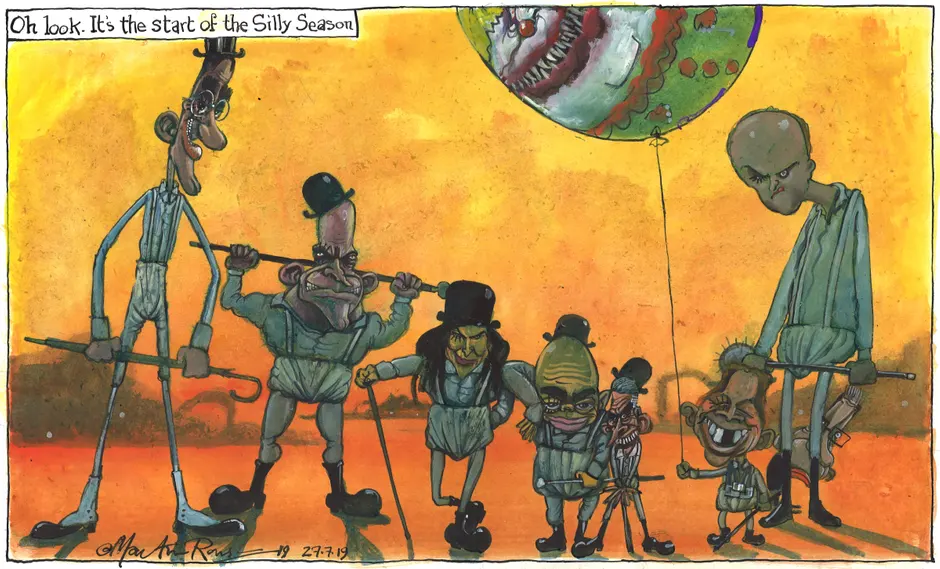 The most recognizable figures are Jacob Rees Mogg (far left), Sajid Javid (center right, with an egg-shaped head), and Dominic Cummings (far right), with tiny Michael Gove peeking from behind his legs. I would hazard a guess that the woman to the left of Javid is Priti Patel (as an Asian, she is colored the same way as Javid), and perhaps the muscular chap between her and Rees Mogg is Dominic Raab (a guess based only on the position of his seat on the front bench of the conservative party in the House of Commons). I have no clue who the two guys between Cummings and Javid are.

The balloon, of course, is Boris.

The media have an infuriating habit when it comes to leaked documents. They publish only small excerpts from them.

Such was the case with Kim Darroch’s (British ambassador to the US) emails, from which the media reported only several phrases: inept, insecure, incompetent ("footless, yellow earth-worm," said Bagheera). Such is now the case with an allegedly leaked style guide that Jacob Rees Mogg sent to his staff. It is a bloody style guide, for goodness sake; publish it in whole if you have it, so that your readers can see its prescriptions in context. But the extracts from it that they publish are hard to make heads or tails of — are they exact extracts from the source document, or are they journalists’ compilation of what they read?

This filter between source material and the reader, that is the reporter, and indeed the paper itself, is very annoying. And then other media start amplifying the message based on the scraps published by the first media.
Collapse