From The End of the World Running Club, by Adrian J. Walker: 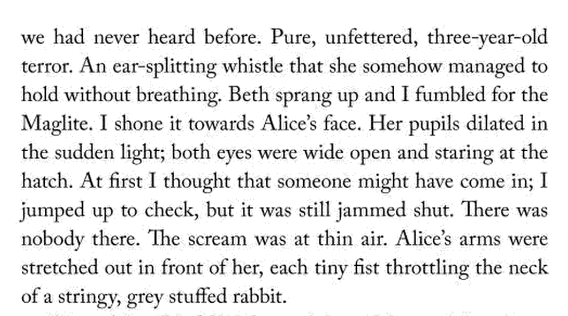 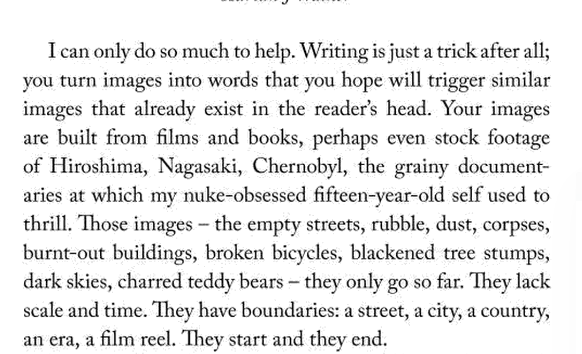 This is not such a clear-cut case, but it suggests that the author thinks Chernobyl was a nuclear explosion, like Hiroshima or Nagasaki. Burnt-out buildings, blackened tree stumps, charred teddy bears — all point to that interpretation. I also don’t know whether there were any grainy documentaries of Chernobyl that might have plausibly made it to the West for the character to have watched them.
Collapse