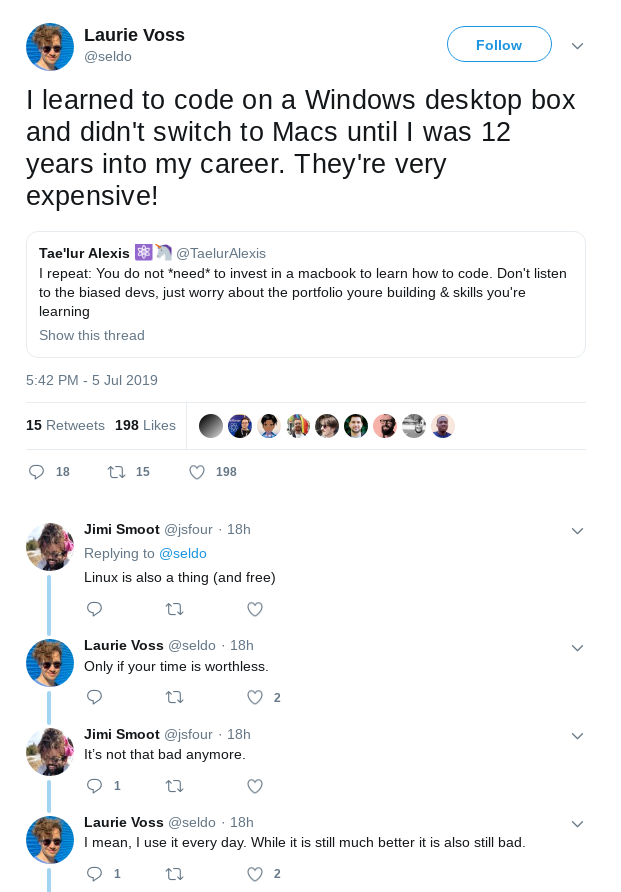 Only if your time is worthless? WTF?

While the article is written in too childish and immature a manner to be interesting, I love to see someone else articulate the message that I deeply sympathize with:

But I’m going to make a play for taking a different path; Instead of bothering to learn a second (natural) language at all, speakers who’s Mother Tongue is one of the four global languages that isn’t English, should definitely learn English as a second language, in order to participate fully in Business, Engineering, Science, and, The Internet. BUT — and here is where I’m going out on a limb of my own! — native speakers of English (or those who already know it well, if not natively), shouldn’t waste their time learning a second (natural) language at all, but instead, those English-speakers should spend their time learning the only true permanent global language: Math.
Collapse