One of the main news items on the BBC this Thursday was how a BBC presenter, Danny Baker, was fired because of his tweet about the royal baby (which has swiftly been removed, but still lives on several other sites): 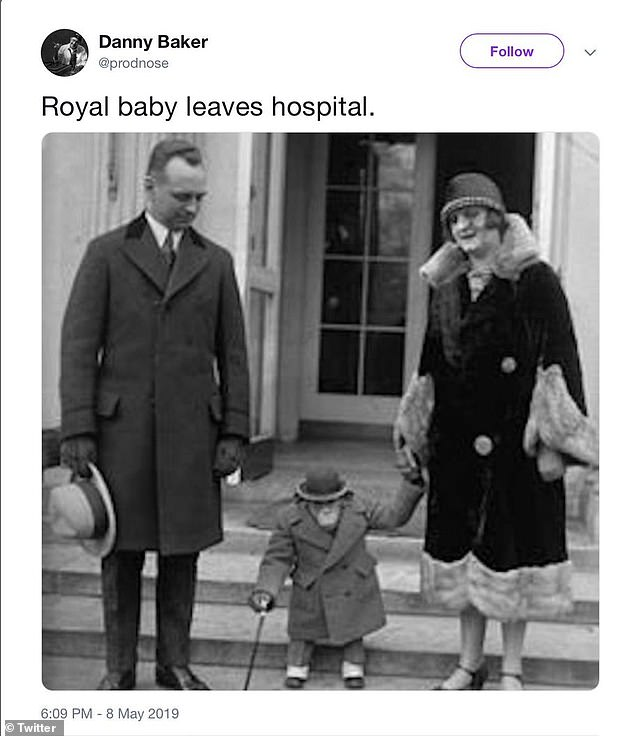 What was discussed, very heatedly, on a BBC radio news program on Thursday, was not that the tweet was anti-royalist, but that it was racist. The reason being, that Megan Markle is mixed-race, and a monkey is an offensive reference to a black person.

There are other ways to read this image. It is the ridiculous combination of the pompous attire (the bowler hat and cane) and the dumb nature of its wearer that might be referring to the laughably outdated institution of monarchy. But the society chose to read it as a racist joke and to get offended by the racism. Although I cannot imagine that a BBC presenter would wittingly make a joke he knew to be racist — they are scared of being accused of it. While simply being dismissive and disrespectful of the royalty may even be regarded as progressive.
Collapse