Here's Bryan and Matt at LinuxFest NorthWest talking about video and audio production on Linux. Mildly interesting (especially for those who, like me, have never seen OBS in action before; the segments on Kdenlive and Audacity are much weaker, and it's a real shame they haven't mentioned Blender at all):

While I realize intellectually that it's perfectly natural for words to change their meaning, and while tracing such historical changes for words that I use and understand in their latest sense (such as silly from saint, or lord from breadkeeper, or idiot from someone peculiar) can be an amusing distraction, there are words whose changes make me uncomfortable.

The word demagogue is one such word. If understood literally, as reconstructed from its roots, it means 'one who leads the mob'. Some English dictionaries offer definitions that are reasonably close to this reconstruction (e.g. "a political leader who tries to influence people by making emotional speeches" in Macmillan Dictionary). Yet other dictionaries would add various indicators of the negative meaning to their definition ("a leader who makes use of popular prejudices and false claims and promises in order to gain power", Merriam-Webster). And in the Russian language, the common usage of the word демагог is to disparagingly refer to someone who talks (a lot) rather than acts.

All that is to say that when I see modern politically related discourse on social media (or photos of slogans at a political rally), I immediately think of the word demagoguery. Because they are intellectually vacuous bursts of emotion aimed at influencing people. But no-one that I know of uses the word in this sense.

Posted under the title "the curse of the cursive": 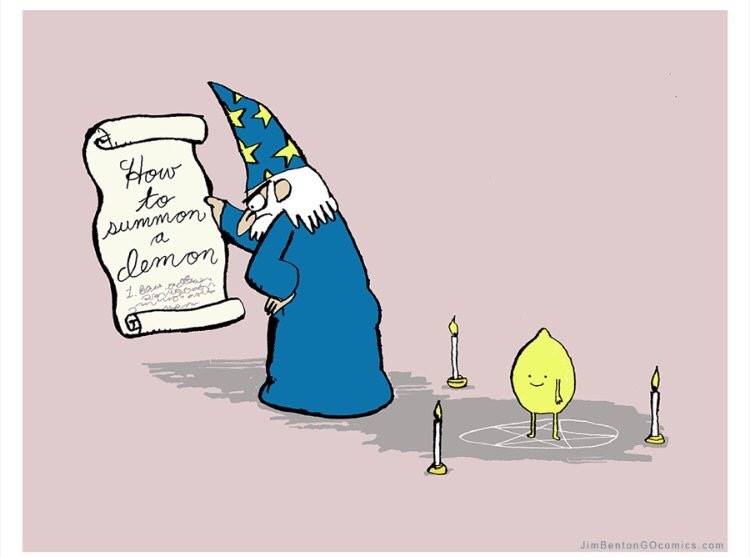