Chanced to watch a portion of Zuckerberg's hearing at the senate. The overall impression is mild disgust, and the best image I immediately saw on reddit was titled "Zuckerberg's totally shitting a brick right now": 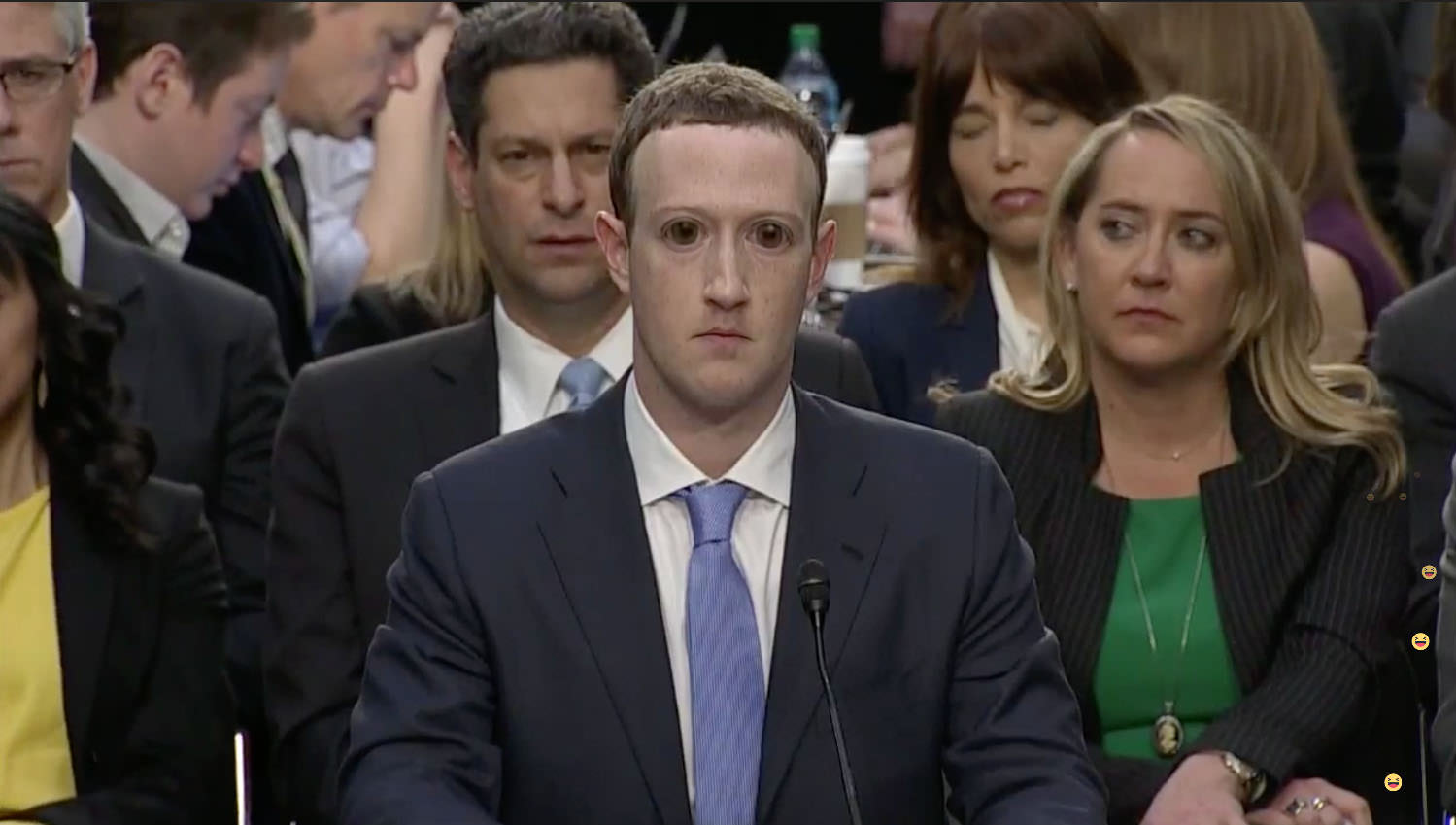 The other is Andre Stalz's presentation The Decentralized Web. His thesis is that the web itself is dying because users are steadily flocking into several closed hubs, most notably Google and Facebook, and the rest of the web becomes discoverable increasingly only through these hubs. This somehow leads him to the conclusion that the web is doomed, and that one of the escape routes is a peer-to-peer decentralized web that exists in parallel to these corporate giants, according to its own laws. The inconsistency in this picture is (it seems to me) the issue of discoverability. If most of the web gets less and less discoverable due to self interest of Google and Facebook (and this is what Andre sees as a problem, because apparently if you aren't googlable then you do not exist), then it should follow that the parallel peer-to-peer portion of the internet is undiscoverable too.

*) By the way, Julie Beischel's guest chapter (which I think is to a large extent a variation of this article) is really fascinating in the sense of methodological rigor of research, even on such a woo-ey subject.
Collapse